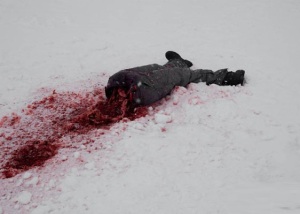 James Felix McKenney’s flick Hypothermia is creating quite a stir in the horror industry, but in a very good way. The movie stars Michael Rooker, Blanche Baker, Greg Finley, Don Wood, Ben Forster and Amy Chang, and it’s been described by the heads at Dread Central as “Jaws under the ice.” Nice, right?!?! There’s no release information as of yet, but you can view the trailer and plot of the film below.

Plot:
Ray Pelletier and his wife, Helen, have been ice fishing the frozen expanse of Lake Noyade for over two decades, but this year something is different: no fish bite. Is it their new neighbors on the ice — Stevie, Jr. and his overbearing Dad — with their high-tech gear and over-sized rig that are driving the fish away? Or is it something else? The answer comes in an onslaught of ferocious attacks that unite the two families against a mysterious creature from under the ice. 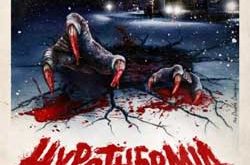