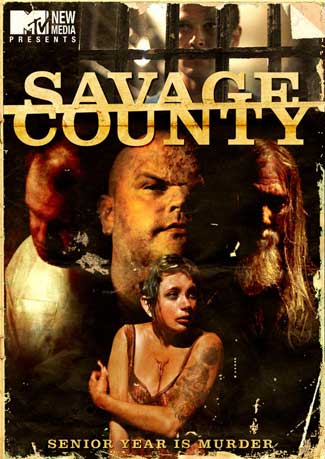 The Notorious Shocker Demanded by MTV Viewers Will Be Available to All Horror Fans On DVD on May 31, 2011

New York, NY (April 22, 2011) – Will these kids never learn? You don’t go trespassing on strangers’ land. Especially when those strangers are mutant in-bred Tennessee lunatics with a taste for torture. Fortunately for horror fans, these kids never do learn, and the resulting shriek fest, SAVAGE COUNTY, is set to scare when it arrives on DVD on May 31, 2011, via FilmBuff and MPI Media Group. The SRP is $24.98.

There’s a reason the Hardell family lives so far out of town: They don’t want company. That’s a lesson a group of high school kids learns the hard way when they trespass on the run-down Hardell ranch to guzzle beer and skinny-dip. After the brew kicks in, the teens get brave, and one of them dares to do a ring and run on the Hardell front porch.

But when the old man of the house answers the door pointing a shotgun, things get kind of tense, and before you can say Deliverance, one person is dead and the kids are laughing no more. What follows is a human hunting party, and the torture-loving Hardells have Hostel-like intentions for their young prey.

SAVAGE COUNTY, directed by fearless first-timer David Harris, started life as a Web miniseries, but due to popular demand, it was turned into a feature and had its premiere on MTV2. The DVD features the uncensored cut that was too graphic for basic cable.

SAVAGE COUNTY is a killer thriller in the classic mold of The Texas Chain Saw Massacre, Hostel and Wrong Turn – a bloody tale of brutal violence and the desperate fight for survival. 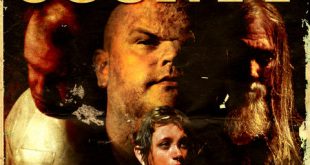