Zeroinside Films and Pinnovating Productions have released the first trailer to their production “051: Confidential”.

The “found footage” science fiction horror film follows the events that befell a group of individuals in August 2001 who awoke to find themselves all stranded in a desolate area surrounding the military base known as “Area 51”. That footage was later allegedly used in a Military Training video for new hires at the facility.

As they explore the landscape, attempting to find a way – ANY way – back to civilization, all outgoing transmissions “blocked” and all electrical equipment mysteriously malfunctioning, they come into contact with a mysterious Army Colonel who claims to have survived a “massacre” by extraterrestrials as well as a man named “Lazar”, who claims to have been a former employee of Area 51 and had disappeared years prior… 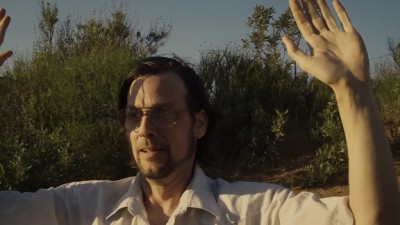 The film is currently shooting in Southern California and Nevada (near the actual location of Area 51) for an anticipated fall 2011 premiere. The film is directed by actor Brandon Slagle (Song of the Shattered, 2012: Ice Age), and produced by Devanny Pinn (Nude Nuns With Big Guns, the upcoming Manson Rising). Wolfgang Meyer appears as the character based on Bob Lazar, infamous for what he claims to have witnessed while working at the Area 51 Facility.