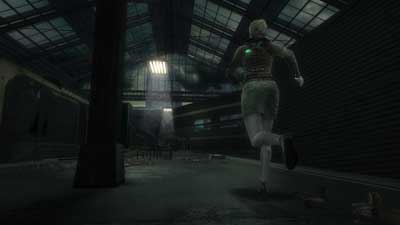 This June, players will run, hide and fight their way through one of the most innovative survival horror titles to date

Champs-sur-Marne, France – April 7th, 2011 – Lexis Numérique, one of the biggest independent game design studios in Europe, today revealed new details about the storyline of AMY, along with brand-new assets from the upcoming survival horror/adventure title launching on the PlayStation®Network in June.

AMY takes place in December 2034 in the small town of Silver City (Midwest, USA) after a comet strikes, wreaking havoc on humanity and unleashing a deadly virus that has infected almost everyone. Players take on the role of Lana, who regains consciousness in the midst of all the mayhem.  The world she once identified with seems to have been torn to Hell, and most of the people she knew have now become part of a wild horde. Lana feels the virus beginning to infect her and knows she must run as far as possible to escape the nightmare. The presence of the titular Amy, a seemingly defenseless eight-year-old autistic girl who has curious powers, forces her to make choices that will affect both their lives. Together, they must fight or run from the infected humans, demons and the military, in the hope of not only saving each other, but also the future of humanity. 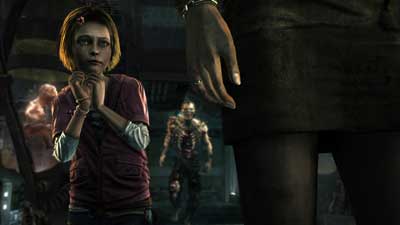 The cooperative gameplay featured in AMY is a deep and unique system that requires players to strategize in order to protect Amy and keep both characters alive. Unlike other games with a secondary character, Amy is neither a super warrior, nor a docile character that follows along. Players must use Amy’s size and special abilities to their advantage by keeping her close in order to ward off the virus, and having her complete tasks that Lana can’t.  For both to survive, Lana must stop at nothing to keep Amy safe.

In addition to the unique co-op gameplay, AMY features original stealth-action elements and an emphasis fierce melee combat. Because Lana and Amy are often weaker than their enemies, players must choose to fight, or escape by running, pushing enemies away or hiding until the creatures depart.  Adding yet another twist to the gameplay, players must balance Lana’s level of infection in order to navigate monster-ridden areas.  When Lana allows herself to succumb to the virus by separating herself from Amy, she is no longer attacked by the bloodthirsty creatures. But if she’s exposed too long without protection, she will not make it through alive.

AMY’s cinematic atmosphere, unique visual and audio design, and rich character and environment backgrounds will give players a fully immersive and visceral gaming experience like never before. Created using detailed modeling and motion capture animation, AMY will feature some of the highest quality graphics and animation available from a downloadable game.

AMY is currently in development by VectorCell studios under the direction of Paul Cuisset, French creator of mythic games such as ‘Flashback’ and the ‘Moto Racer’ series. The game will be available for download on the PlayStation®Network in June 2011. To get all the news straight from the studio, please visit the official facebook page.