Orlando, Florida’s FREAK SHOW Horror Film Festival is looking to find the next great horror filmmaker for their event at the Wyndham Orlando Resort October 7-9, 2011. Deadline for entries is May 13, 2011.

Orlando, FL – April 19, 2011 – The 6th Annual FREAK SHOW Horror Film Festival has announced that a worldwide search is now happening for the next great horror filmmaker. A Call For Entries to all horror film filmmakers! We are looking for feature films, short films, and feature length screenplays in the Horror Genre for our 2011 event happening October 7-9, 2011 at the Wyndham Orlando Resort. The theme for this year’s event is “The Art of Horror” announced today by festival director and creator Robert J. Massetti.

Mr. Massetti states, “The Festival wants to celebrate the art of filmmaking and expose audiences to new independent horror films from around the world. We are proud to continue supporting independent filmmakers and their work by exposing them to thousands of horror fans every year.”

Deadline for entries is Friday, May 13, 2011 with discounted submission fees. The festival takes place October 7-9, 2011 at the Wyndham Orlando Resort in beautiful Orlando, Florida. For official rules and to download our submission form, please visit our website at www.freakshowfilmfest.com. 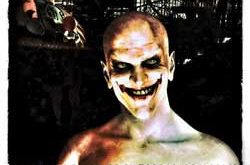