Home | Get Ready For ‘Stake Land’ Trailer and Poster Debut

Get Ready For ‘Stake Land’ Trailer and Poster Debut 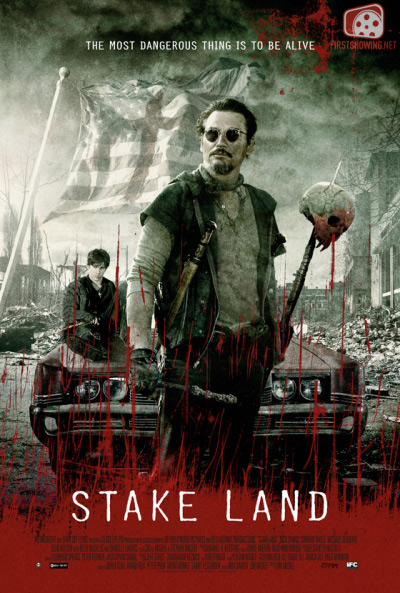 Imagine living in an apocalyptic world over taken by vampires. Envision Stake Land like another version of I Am Legend with Will Smith, only instead of creepy human-like monsters, there are vampires in the after world.

Synopsis:The America of Stake Land is a lost nation. When an epidemic of vampirism strikes, humans find themselves on the run from vicious, feral beasts. Cities are tombs and survivors cling together in rural pockets, fearful of nightfall. When his family is slaughtered, young Martin (Conor Paolo) is taken under the wing of a grizzled, wayward hunter (Nick Damici) whose new prey are the undead. Simply known as Mister, the vampire stalker takes Martin on a journey through the locked-down towns of America’s heartland, searching for a better place while taking down any bloodsuckers that cross their path. Along the way they recruit fellow travelers, including a nun (Kelly McGillis) who is caught in a crisis of faith when her followers turn into ravenous beasts. This ragtag family unit cautiously moves north, avoiding major thoroughfares that have been seized by The Brethren, a fundamentalist militia headed by Jebedia Loven that interprets the plague as the Lord’s work.Below is the trailer, which can only be viewed on IMDB at the moment and there’s no instant code, so click the
Stake Land Trailer link. 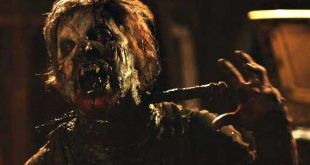