“Rubber”(2010) is a horror film directed by Quentin Dupieux. The very unique villain Robert is a self aware tire.Robert has telekinetic powers.Although being a tire you could say he has “tele-pneumatic” powers.

He’s on the rampage against a small desert town.Bringing interesting ways of getting his “steel belted” points across! Is it “bias” that makes him “ply” his anger?You’ll have to see the film to find out! !

Until you do-here’s 12 Bad Jokes About:Rubber to “tire” you over…

1) Who is Robert’s favorite male vocalist?

2) What type of holistic treatment scares Robert the tire?

4) Who is Robert’s favorite Country singer?

5) Who is Robert’s favorite actor?

6) What do you call Robert getting reincarnated into another tire?

7) What is Robert’s favorite vacation destination?

8) What type of food scares Robert the tire?

9) Who is Robert the tire’s other favorite Country singer?

10) What type of music does the tire listen to?

Anything up and down the “Radial” dial!

11) Why does Robert the tire workout?

12) What happened during an argument between Robert the tire and the Sheriff?

They had a real “Blowout”!

I know I know those were so bad! It’s ok you’re forgiven for reading this dreck! But just this once! I think I’ll be wary of tire swings or any other tires for awhile.After watching “Rubber” you never know… 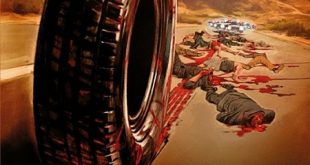 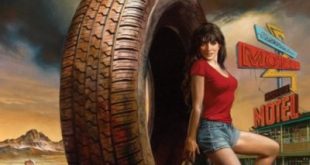 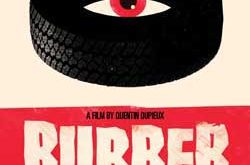