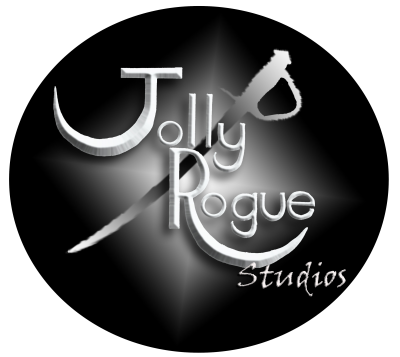 Earlier this year, acclaimed comic book creator Everett Soares announced he was taking over the publishing duties for his ongoing fantasy steampunk series after a three-year partnership with Connecticut-based publisher Free Lunch Comics. Since that transition, Soares is excited to now announce the recent acquisition of rights to republish Sky Pirates of Valendor Volume One under the newly established Jolly Rogue Studios.

Sky Pirates of Valendor Volume One first launched in February 2008 and the collected volume achieved national distribution through Diamond Distributors in August 2010. During its run, Soares was honored with distinctions from the CAG Awards and was nominated by Project Fanboy for Best Writer. These successes motivated Soares to keep the entire series under one banner, the Jolly Rogue Studios banner.

Sky Pirates of Valendor recounts the adventures of Pirate Captain Tobin Manheim and the rest of the crew of the Rogue’s Revenge. Set in the fantasy world of Valendor where giant continents float on oceans of sky. A mix of steampunk and high fantasy where magic co-exists with futuristic technology, Valendor is a fully realized world, with complex social structures, a guild-driven economic system, and a host of political intrigue. In Volume One, life as one of the most notorious pirates in Valendor comes with its own set of ups and downs, and sometimes all Tobin Manheim wants is an easy job. His wish comes true when Governor Langford offered him one on a silver platter. Tobin saw an opportunity to make an easy coin and he pounced on it without question. However the costs became greater than the rewards. First cost – Tobin’s dignity. He has to work with his ex-wife. From there, things seem to go straight into the privy. Past accounts become due, parts of his ship explode and when things seemed to brighten up, they only got worse. What happens though when Tobin reaches his limit and just wants the job to be over? Revenge!

Besides the change in publisher, readers will find some noticeable changes to the content of the issues. Two of the issues will feature new cover art by series artist Brian Brinlee and each individual issue will now feature a Cast of Characters section. Jolly Rogue Studios plans to make each issue of Volume One and its collected volume available for print distribution through IndyPlanet.com and ComicsMonkey.com, making the entire series accessible to retail comic book stores at a discount on an ongoing basis. The collected volume will also be available on Amazon.

Readers and retail venues can expect Sky Pirates of Valendor Volume One to be available on the iPad and in print by the end of April. For more information on the series, visit www.skypiratesofvalendor.com.