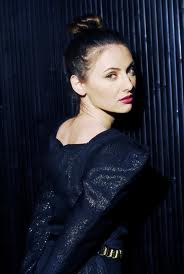 How did you break into acting?

Break? I’m still at the door kicking! I started doing plays when I was younger and just never stopped. After high school, I started going to college, but I was miserable there. I wanted to be in Los Angeles, the only classes i was interested in were the few acting classes that the school offered, so I left. “The Devil Within” was a great little movie that helped me get exposure when I first got here and allowed me to start building a name for myself.

What are your memories of watching horror movies during your childhood?

My dad was so weird when I was growing up. I remember my brother and I were in the living room watching Child’s Play, and my dad came running out of the kitchen with a machete and drenched in ketchup, screaming at the top of his lungs. I’ve been messed up ever since. Thanks dad! :)

What role did you play in the movie King of the Avenue?

How was it working with Ving Rhames?

Too cool – an honor, really. His performance in Pulp Fiction is one of my all-time favorites, and when I found out that he was in the movie it got me really excited. Ving is one of those special talents that no matter what he’s doing, he makes it look so freaking badass. On my days off I would go to set just to watch him. 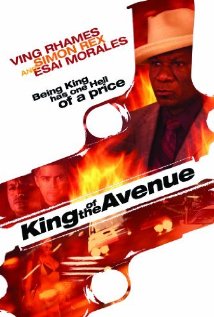 You have another movie coming out soon called Double Tap. What can you tell us about that movie?

Ryan Combs, the Director of “King of The Avenue” had hired me to shoot “Double Tap” almost two moths after KOTA. It stars latin action star Fabian Carillo, Robert La Sardo, and Richard Tyson. It’s an action/crime movie about a police detective getting revenge for his murdered wife (me).

I just recently interviewed one of your co-stars, Bill Oberst Jr. Did you have any scenes with him in Terror Bytes?

Awww Bill Oberst…I’m a fan, really. Unfortunately, because this film is broken up into five other films, we didn’t have any scenes together this time around. But the future is bright and open for Bill and I to work together again!

Do you have any cool behind the scenes stories from either movie?

This is where I have to come up with something amazing or it’s going to make for a boring interview, right? Well, Simon, Esai and I rented a car in Puerto Rico and drove it as deep as we could into the jungle. We managed to end up in this huge tree-house structure – drinking, singing, and playing the drums with some locals. We destroyed the rental car by the way, production was NOT happy with us….does that count as cool? 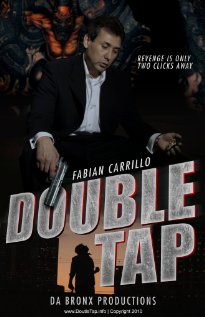 My friends. I have a lot of talented, artistic friends that I just watch in awe when they sing, or play the guitar, or they’re acting. I try and surround myself with people I can learn from and as a result, many of my friendships are built on art and creativeness. They inspire me to continue to work hard towards my acting dreams, because there’s always something bigger and better out there!

What do you enjoy most about acting in horror?

Horror’s just so much fun. I love acting in general whatever genre, but with horror you get all the screaming, the running around – after a 12 hour day you’re just exhausted, but it’s just a total blast.

What’s around the next corner for Elizabeth Di Prinzio?

“Terror Bytes” is going to turn some heads. Corbin Bleu stars in it and he gives a stellar one of a kind performance in it. I play the role of Kelly, girlfriend of Emmett (Corbin). We worked really hard on it and I think people are going to love it.

I’m also up for a couple roles in some big films, can’t really name just yet (I know…how cliche), but hopefully the next time we talk I will have the good news signed, sealed and delivered! 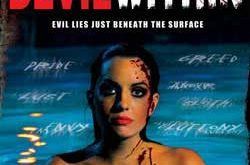