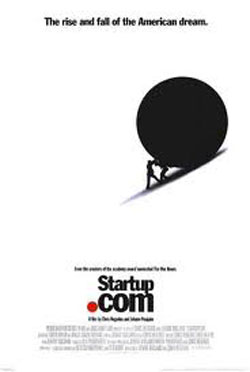 Traces the birth and failure of new media company govWorks.com.

If you were lucky to have experienced the days when the .com boom was on an uprise, you’ll surely appreciate this film. It might seem an odd choice for review on our site, though in many ways I’ve always considered this real-time documentary to be a product of future cult audiences and interest to those who are familiar with the times.

I may have not been in involved with my “own” startup at the time, but I surely was an employee of one. This experience was something I’ll never forget and often thought it should’ve been documented to reveal to future audiences what it was like on the climb and fall for businesses and employees. “Startup.com” is only a small piece of a larger puzzle which spawned such great unknowns “at the time” such as Google, Excite Myspace, Pets.com, Facebook and several hundred others. It was a time of million dollar investments distributed like water to new up comers who only came to the table with a clever idea. That idea was usually unrealized and only a starting point that had not yet come full circle. Though ideas were big money if they could prove to the right people how they would deem effective moving forward. Startup.com documents a small idea that grew called Govworks.com. The base? A place to pay for parking tickets and other government related transactions. www.govworks.com no longer exists for those who are curious.

As you view the film, that reality will unfold and how the company played in the same sand box as so many others of that time. The film is dated as a 2001 release with the actual company going live May of 1999. The 2 founders Kaleil Isaza Tuzman and Tom Herman raise the money, build upon an idea and watch the company grow right before their eyes and to the glory of the film itself. With any growing company there comes times of change, disagreement, management conflicts and success. This success is celebrated early on as they reach milestones and juggle millions under the guise of investors, boards, and venture capitalists. Phone calls, meetings. cross country flights, long hours and even a team that is busy building this product back at the home base are all components that make this telling a rich experience. In fact, I thought it quite clever to get a dual call perspective in several of the decision moments.

While the film may have not seemed anywhere near a cult film at its inception, years later it almost seems surreal in its boldness among a economic crisis that has come full circle into seeing companies fade into obscurity with massive layoffs. As I watched and remembered the times, I couldn’t help but wish I was back among the excitement and the vigor of a era gone past. 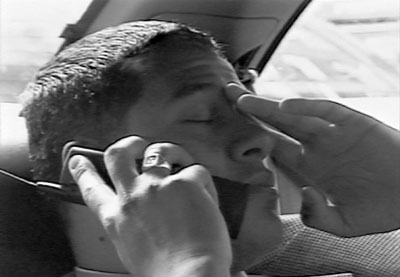 It’s no surprise that the company falls into hard times within its own organization and its stiff competition, but the rise is equally as exciting as it is to see it all crumble. We are reminded several times that these were just 2 school buddies who grew up overnight and started a company. This company that brought them wealth and then hard times was a cycle and example of what several others had faced.

If anything was to be achieved during this time, it was the lucky who walked away, were asked to leave or cashed out and came out ahead of the game thru contract buyouts and severance deals. As absurd as that sounds, these folks got to keep thr prise money rather than seeing it dimished thru a failing business model. 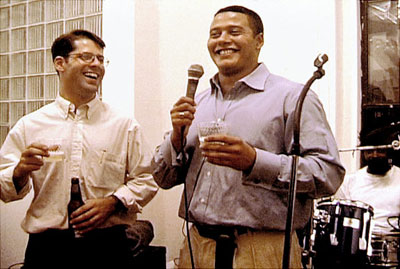 The film star Kaleil Isaza Tuzman and Tom Herman playing themselves in a documentary that was filmed “most likely” to document the success of an up-and comer. The story plays out in an extremely dynamic way that makes for a great watch and a keeper to show others about how things were back in the late 90’s. Directors Chris Hegedus, Jehane Noujaim, did a bang up job on putting the pieces together thru hours and hours of footage just to bring us this compelling “real” story. This film should be an essential watch not only for business owners, startups and entrepreneurs but for children who take a interest in Americas historical moments.

Thanx to IMDB for a few improtant facts posted about the film:

Jehane Noujaim, the videographer and producer, began the project when she was the roommate of the documentary’s principal character, Kaleil Tuzman. She was previously a producer at MTV.

“The Competitor” who is donning the govWorks.com cap, Bryan R. Mundy of ezGov.com, died in a house fire six days before the movie premiered at Sundance.
Link this trivia. 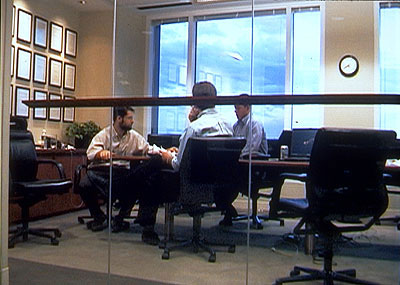 Further facts were posted on wikiepdia that I though were improtant to the realization of this film:

The film was made by Egyptian-American filmmaker Jehane Noujaim and Chris Hegedus. Noujaim had been Kaleil Tuzman’s Harvard classmate and began filming Tuzman as he quit his job at Goldman Sachs, to begin govWorks with his high school friend Tom Herman. Noujaim contacted Chris Hegedus and D.A. Pennebaker for help in financing the project. The film was distributed by Artisan Entertainment (which was later acquired by Lions Gate Entertainment).

The film was shot in digital video. The filmmakers shot for over two years, and were editing the more than 400 hours of video and film right up to their Sundance Film Festival premiere in early 2001. They re-edited the last few minutes of the film just prior to its May 2001 theatrical release.

Since the release of the film, Tom Herman and Kaleil Isaza Tuzman have worked together at Recognition Group and JumpTV.com.