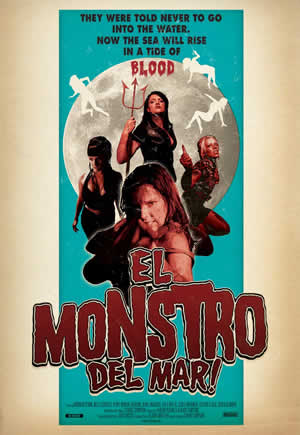 In a small Australian coastal town, a trio of female hired killers are hiding away in a seaside shack. Shortly after they arrive the they run afoul a cranky old neighbor after taking a dip in the ocean. Shaking his fist, he urges them to stay out of the water warning of the dangers that lie in the deep igniting a feud between him and the girls until his granddaughter, Hannah, shows up to defuse the situation. The girls take a shine to Hannah and they become fast friends. Hannah is curious about the world outside of her small town and the rebellious lifestyle the trio represent. That night the grandfather’s warnings come true and the sea monster returns to the small town it ravaged years ago. Hannah, her grandfather and the three gorgeous killers must join together to survive the deadly Kraken’s attack.

The Aussie love-child of Russ Meyer and Quentin Tarantino, El Monstro del Mar was a huge hit at the 13th Annual Nevermore Film Festival in Durhan, NC this past February. It’s Faster, Pussycat! Kill! Kill! meets 80’s monster movie meets 50’s sea monster movie madness. It’s fun, fast, gratuitous and gory. The plot takes a well worn plot device of having a group of never-do-wells and a group of innocent civilians team up to battle an even bigger threat – in this case an outrageous sea monster, a Kraken with Tremors-like tentacals. The charm is in its simplicity with the only complexity being the overwrought explanation of the sea monster itself and the drawn out exposition in delivering it. The success is built on the characters and the unique casting: the young hero, Hannah, is identifiable and sympathetic; the trio of rockabilly terrors, Beretta, Blondie and Snowball, display an infectious charisma and wit; and the grandfather is funny, cantankerous and believable. It’s a smart blend that creates a fantastic, enjoyable blast. 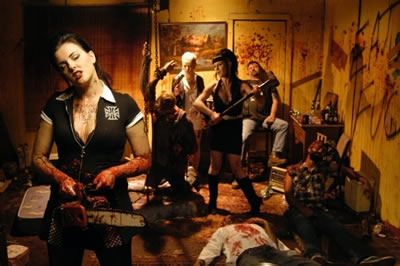 The film’s biggest asset is the trio of tattooed killer beauties that electrify the screen. They’re funny, foul-mouthed, exaggerated, sexy and insane – and, they’re a joy to watch. Nelli Scarlet plays Beretta, the leader of the group who influences their every move. Karli Madden plays Blondie and Kate Watts plays Snowball. The three make a strong screen presence – crazy, unpredictable and rebellious. They’re also highly charismatic and have the audience caring for them regardless of the atrocities they’ve committed on and off screen. When things go south and the beast attacks, they provide two key elements in making the final scenes a success: the audience cares for them making the danger feel that much more real and their being such bad asses makes the threat and the battle that much more believable – when it really shouldn’t. 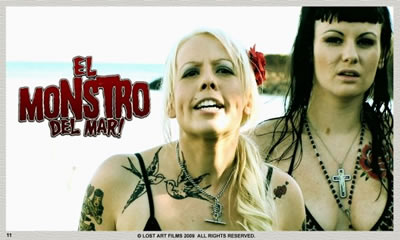 If the movie was just about these three, it would have been a thrilling, satirical character study on the lines of Natural Born Killers, but El Monstro Del Mar is much, much more. Kyrie Capri plays Hannah and Norman Yemm plays her grandfather, Joseph. They are the opposites to the vicious vixens partying it up next door. As Joseph, Yemm grounds the film and provides the back story weaving the sea monster into the plot.As Hannah, Capri really shines. She takes to the three killers, breaking down their defences and creates a bond. She recognizes an escape from her hometown humdrum life through their exploits and they see an innocence long lost in her. It creates an interesting relationship between the four girls. It’s a smart move and keeps the audience invested in the plot and characters. 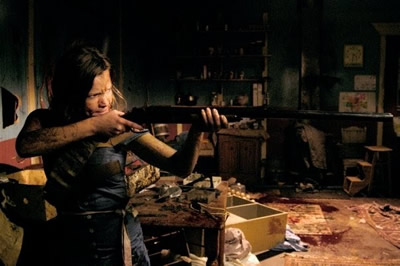 The special effects are low budget and excel in their cheesy greatness. They’re not meant to be realistic; they’re exaggerated, over the top and fitting. The gore effects are direct descendants of 80’s classics from throat slicing to heads exploding. The monster effects are goofy but ring true to the style of the film. When the monster finally attacks, it’s tentacles flail around haphazardly inside the cabin where the heroes have hid away. They are reminiscent of Tremors and are effective despite themselves. When the creature is briefly seen outside flopped on top of the cabin is the only time the film falters in style and substance; however, when the critter’s eyes and mouth are caught peeking through shattered doors and windows, they add to the madness already abound. In the right frame of mind, the effects of El Monstro del Mar are fantastic and succeed wonderfully in the exact way they should fail. Good stuff. 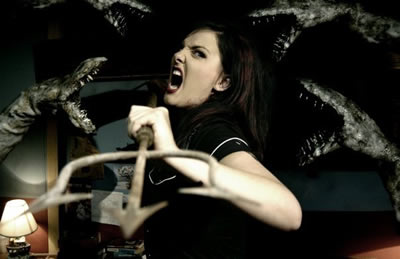 El Monstro del Mar is a perfect cross blend of a variety of genres and influenced by a broad span of drive-in classics from decade after decade. It has a splendid grindhouse feel, a delishous cult film flavor and has a fantastic cast lead by Scarlet, Madden and Watts as Beretta, Blondie and Snowball. Capri and Yemm balance out the madness and tie the different cinematic origins together. The music and cheesy effects complete the package making El Monstro del Mar a recommended romp. Check it out with a group of friends, a six pack or two and get ready to have a great time. 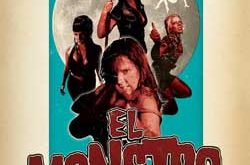 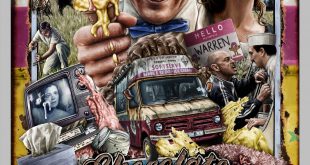 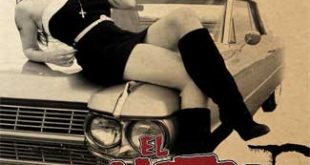