Home | News | Assault of the Sasquatch: Comes To DVD October 19

Assault of the Sasquatch: Comes To DVD October 19 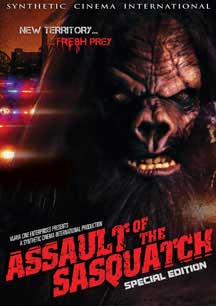 Synthetic Cinema International and MVD Visual are pleased to announce the release of Assault of the Sasquatch for North Americandistribution on October 19, 2010.

SYNOPSIS: When a merciless bear poacher is caught and arrested deep in the woods of a state park, he and his truck are taken to a neglected precinct in the heart of a dying city. Unbeknownst to the authorities, the impounded truck holds a deadly cargo in the form of the legendary Sasquatch. Now, stuck in an unfamiliar world, the creature will let nothing and no one stop it from coming face-to-face with the unscrupulous man who ruthlessly ripped it from its environment. Taking an inventive and action packed approach, “Sasquatch Assault” breaths new and exciting life into the immortal legend of Bigfoot.

Quote from John Doolan (Screenwriter): “The concept sounds insanely over-the-top,” he admits, “but I saw an opportunity to do something different in a Bigfoot movie. They’re all pretty much the same thing: A group of people head out into the woods and get attacked by a half-human monster. What sets Assualt of the Sasquatch apart is that, first of all, it takes place in a city. And second, the creature isn’t just some bloodthirsty killing machine. We wanted it to have more humanlike qualities in addition to its animal instincts. The reason it attacks is because it’s provoked, and feels the need to defend itself. Not to fear, though, blood lovers-there are still plenty of creative deaths.”

Tags Assault of the Sasquatch 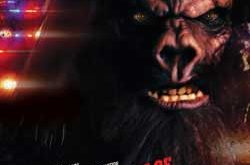 Film Review: Assault of the Sasquatch (2009)