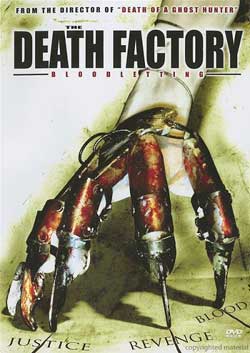 “Death Factory: Bloodletting” (‘Saw’ meets ‘Grindhouse’) is a horror film about a group of online deviants who are invited to an abandoned factory to witness a “bloodletting”, an event displaying the torture and murder of an innocent person. Once inside, they soon realize that they have been lured into a trap by a self-righteous madman who uses the factory and its bloodthirsty inhabitant as his own personal version of Hell 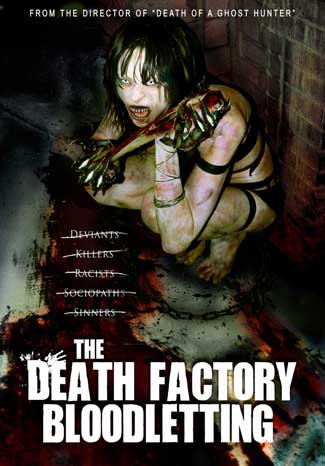 I knew you were hoping for all these things and more and so let’s talk about “The Death Factory Bloodletting”. Starting with some of the positive things about the movie there is the main character Ana (Claudia Vargas) who does a pretty good acting job with a difficult part. She was good at showing the pain her character was in and was believable as a mother who wanted revenge. Her acting was intense and low key and made for a good focus for the film.

I also liked “Alexa” (Michelle Mousel). The filmmaker used images for her that was over used underwear/bandages, with Freddy Knives and impact editing, but I found the actress added an extra level to it. Sadly they didn’t give her anything more to do than sniff the air and attack. I think they missed a chance there to make her more than one more than just a killing machine. I would like to see this actress in another role where she was able to use more of her abilities. 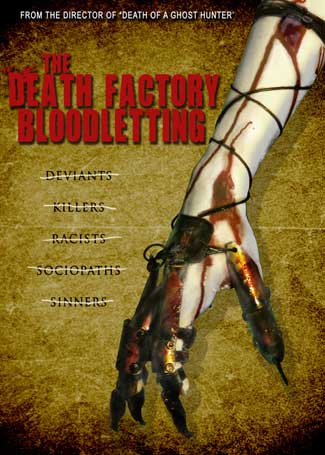 The movie is one of those where the characters are trapped in one place and find stupid reasons to wander off and be killed. I know a movie with a character named “Cockmaster” is not trying to reinvent the wheel but give the audience more credit than that. We have seen enough movies that we need a better reason that “hey, lets wander off here” repeat, repeat, repeat. 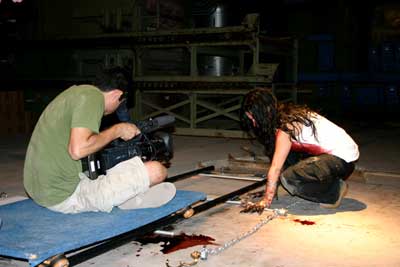 The main villain (Noah Todd) is overacting so hard I felt my walls shaking. I mean he was on the William Shatner level and probably went past. I know he is contrast to Ana, but a little less screaming would have made his craziness a little more believable. To be fair I am sure that the actor has some fans but I thought he was majorly over the top here. They gave him a sidekick who looks like a short version of Drew Carrey. 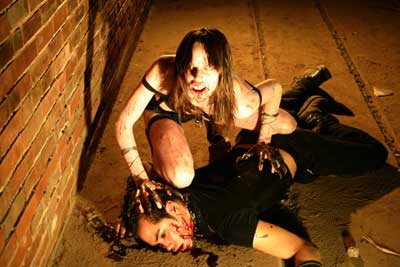 What I liked about the movie:
The sound and image was good, no issues.

The gore was good. 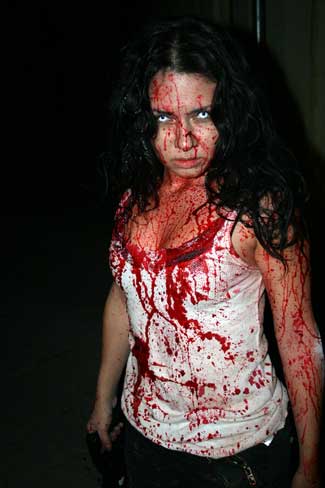 What I didn’t like about the movie:
Is there a law that says heavy metal music has to be playing for gore scenes?

The dialogue wasn’t very good and I can’t give any points for the story.

A monster needs more than impact editing and knife fingers. 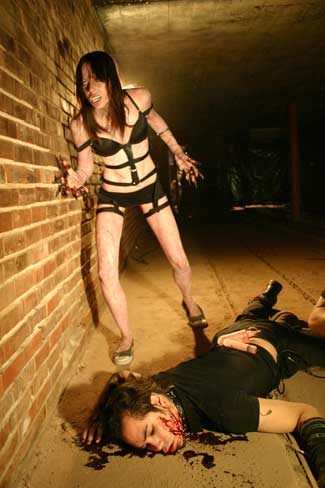 Yes, I can’t say I am a fan. The movie didn’t look cheap and the gore seemed to be well done. I think the actors and actresses needed a little more to make this movie interesting. I have to give this one and half stars but I will admit I am curious enough about “Alexa” to check out the earlier movie on my own. So next time keep up the professional level of the filming but have the script rise to the occasion. 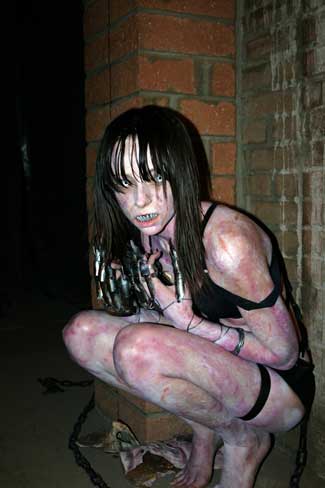 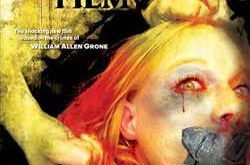 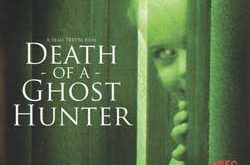 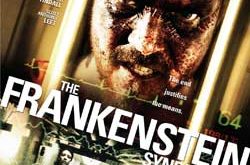