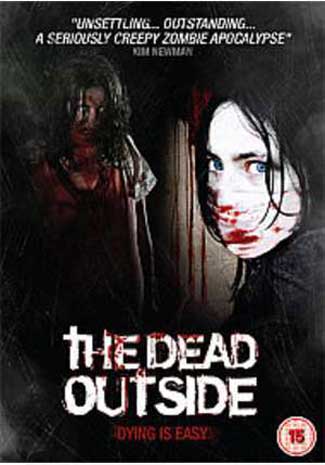 A neurological pandemic has consumed the population. Drug-resistance has mutated the virus into a ravaging psychological plague, rendering the ‘the dying’ desperate, paranoid and violent. Two survivors come together on an isolated farmhouse in desperate circumstances- April, a young mysterious girl with a dark past has survived alone for months, and Daniel, a man desperate and bereaved, clings desperately onto hope in the outside world. When a mysterious stranger turns up, they are confronted with a new enemy even deadlier than the one beyond the perimeter.

In the advent of the post apocalyptic film, Kerry Anne Mullaney’s The Dead Outside suffices as a survival of the fittest movie versus a neural plague that is destroying Earth’s population. Two lonely survivors must learn to coexist, as trust and belonging is questioned through this venture into loneliness and deceit.

Daniel (Alton Milne) is a lone traveler, driving down the road when he comes upon what looks to be a stranded farm house. Daniel grieves the loss of his wife (Vivienne Harvey) to the terrible pandemic ravishing the countryside turning everyone insane and destructive, and leaves his only son (Robin Morris). Finding a place to lay his head, Daniel finally finds solstice in the seemingly deserted house.

This is not for long, when he is awakened by an angered female pointing a gun at him. April (Sandra Louise Douglas) demands Daniel to leave at once, but he talks her into letting him stay the night and goes back to sleep.

April has a very unfriendly demeanor, as in the morning she hands Daniel the gas can so that he can fill up his empty gas tank on his car. April assures him that he would be safe, but realizes that there is no safety from the sick people that immediately attack him. He runs back to April’s house, and is appalled by her lies. She lets him stay again, and the two start to build a love/hate relationship. April’s yard is surrounded by barbed wire, which catches the disturbed individuals from getting into her homestead. Daniel finds it gruesome, but April sees this as a means of survival.

The tables turn when another survivor begs to be let into the protected homestead, and April again denies the survivor access. Daniel has a kind heart, and begs her to let the woman in. When April decides to give Kate (Sharon Osdin) a chance, Daniel and Kate become fast friends, and he feels more comfortable around Kate than he does around the confrontational April. April becomes jealous, but slowly accepts Kate as she did with Daniel. The problem is, Kate is part of an organization that wants to use April as an experimental patient due to her immunity to the sickness.

When April is tied up and taken by Kate in a van, Daniel finds her missing and goes after her. When April and Daniel are reunited, April finally opens up to Daniel and their friendship becomes stronger as Daniel shares with her his saddened past.

The Dead Outside harnessed many suspenseful moments that kept the viewer on the edge of their seats, as the main characters race through dark woods against the plague stricken monsters of what is left of humankind. Daniel’s character is weak in the beginning, but finds strength in the angst stricken April. The movie has very little blood and gore, that seems to be a staple amongst post apocalyptic survival flicks, and is showcased on the movie case with the tagline, “Dying is easy.” Even though the synopsis clearly states that the plague stricken people are filled with rage from a pandemic, it is difficult to know why are how all this happens as it did. At first I was almost confused if the sickened people were zombies or just mentally affected, but when the sick are killed easily without coming back to life, it is easy to see they are still all human.

With suspenseful chases and internal struggle amongst survivors of a deadly pandemic, Mullaney’s The Dead Outside tells the tale of how to keeps basic sanity amongst the sick and insane. In the end, April and Daniel learn in order to survive, they must stick together as their own means of keeping it together both mentally and physically. 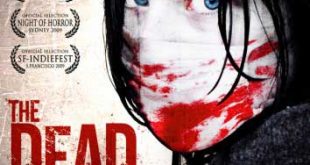 Vanguard releases The Dead Outside