A new trailer is out for the Japanese horror movie TOMIE UNLIMITED. The trailer is in Japanese, but subtitles are not needed as the video conveys the disturbing elements in the film quite nicely without explanation. Based on the manga by Junji Ito, and directed by Noboru Iguchi, TOMIE UNLIMITED stars Maiko Kawakami, Miu Nakamura and Moe Arai. The film will be released in Japan on May 14, 2011. You can learn more about this film at the official website: www.tomie-unlimited.com/ Or you can follow the movie on Twitter: twitter.com/tomie_unlimited

Synopsis:
“Tsukiko, who belongs to a photography club at high school, always feels inferior to her sister Tomie. Tomie is very beautiful and popular with male students. But one day Tomie dies in an awful accident right under Tsukiko’s nose. Since then Tsukiko suffers from a nightmare every night. One year passes and on dead Tomie’s 18th birthday, someone knocks the door of Tsukiko’s house. Unbelievably, it is Tomie. She’s back. The father and the mother blindly welcome Tomie but only Tsukiko feels instinct fear. Tomie gradually reveals her true face only when she is with Tsukiko. Tsukiko’s nightmare becomes true… and horrible days begin.” 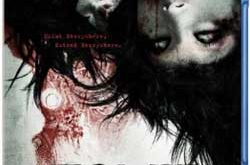