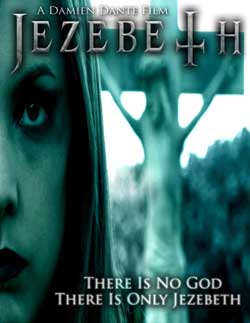 SGL Entertainment and Satania 6 Films in association with Dark Star Records have signed a six figure multi picture movie deal with The Phoenix Group. This worldwide deal includes foreign and domestic rights to Jezebeth, Jezebeth II, Jezebeth III, the Jezebeth cable series pilot and more. The Phoenix Group who also represent the films: Boggy Creek, Renfield and Abduction have offices in Palm Desert California, Boca Raton Florida and Atlanta Georgia. Jezebeth the Motion Picture was written, directed and produced by Damien Dante along with Executive producers Jeffrey A Swanson and Lloyd Freeze. The film stars Bree Michaels as Jezebeth. Bud Schaffer the CEO from the Phoenix group told the two franchise partners Damien and Jeffrey that he was very impressed with the teaser trailers, name, logo, graphics, media and press that he had seen. And, also that the promo video “The Girls of Jezebeth Storm Hot Topic” was proof that Jezebeth had it all. The Phoenix Group will be taking Jezebeth to MIPTV in Cannes, France from April 4-7, 2011 and this is only the beginning. With two more motion pictures and a television show in the works, Jezebeth stands ready to devastate anything in her path..