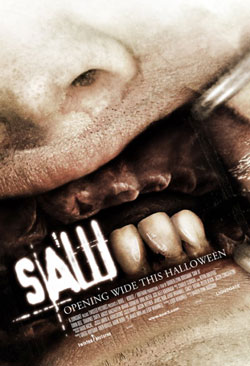 Jeff is an anguished man, who grieves and misses his young son that was killed by a driver in a car accident. He has become obsessed for revenge against the man and reckless with his wife and daughter. When Dr. Lynn Denlon, who has troubles with her marriage, is abducted by the deranged Jigsaw’s apprentice Amanda, she is brought to a gruesome warehouse to keep John Kramer alive in spite of having a terminal brain tumor. Amanda puts a necklace gadget full of explosives around Dr. Lynn’s neck connected to John Kramer’s life support system, and tells her that if he dies the device will explode. Meanwhile, Jeff is submitted to a sick game of forgiveness with surprising dark consequences.

Hell-o, everyone. Guess who’s back to make his victims suffer and face the cold trait of forgiveness (something a bit different for the series). That’s right, It’s John, also known as “Jigsaw.” This time, he’s making someone choose… His life, or their own… Their choice. At the same time, another victim is forced to find his way through a macabre maze to find the man responsible for the loss of his loved one by a tragic accident.

This time around is a little different from the last two that got the series its jump start into a franchise. The basic cinematic formula is still in tact with new twists around every corner (which has also become a lasting and ongoing stamp in the SAW package). The gore is there, the devices are there, the action is there, and so is the suspense that has drawn so many into the mind of Jigsaw. Most should know by now that have seen any of these films that each one is different in its own shocking way. Possibly, that’s what keeps the bloodthirsty audience coming back for more, every year as Halloween rolls around. The next installment is said to be in 3-D.

As in the beginning of part two, this re-introduces a few of Jigsaw’s previous victims from the second and starts off exactly where part two ended. Indeed, something that most franchises seem to shy away from.. John (of course) has returned and so has Amanda. Now, we meet the new characters that are going to play his game… Lynn and Jeff.

This installment includes a complex characterization in the relationships between John, Amanda and Lynn ( the Nurse). As John forces Lynn to keep him alive, Amanda starts to disagree with a few of his wishes and come up with a few of her own demands. She begins to show insubordination and defiance toward the man who taught her to stay alive. Amanda has to control her issues with the victim or it could mean John’s life. As always, the tension mounds as the body count rises. Who could ask for more?

Detective Matthews (Donnie Wahlburg) returns for a cameo. Xavier (Franky G) and Obi (Timothy Burd) make an appearance as well… as corpses. Also sticking with the franchise formula are the reoccurring flashback segments that bring the viewer up to date with the psychological torture and carnage from the previous installments and the storyline to the present.

The gore score is a disturbing thirteen plus. Home medical methods make up most of the blood flow in this one. Also, the new gadgets are more complex. As far as I’ve seen in the series, this has some of my favorite torture devices (as well as Jigsaw’s favorite). The effects of each device are more sinister, painful and “twisted” than the previous. John uses ice, fire, (animal) blood and guts and of course lots of heavy metal to induce the motives in each participating player. The home made hospital scenes (although not murderous, but healing methods) are hands down the most brutal of the film. Brain surgery, skull picking, blood vomiting and a few other surprises await the viewer with stomach turning tactics that are most effective in the voyage to gross the viewer out beyond all recognition. The special Effects are awesome and very realistic in nature.

The cinematography is very well handled and also sticks with the previous films method of direction. The acting is executed nicely by the main cast involved (John, Amanda, Jeff and Lynn, for the most part). Drama is of course added to heighten the effect of the emotions and intensity at hand. That is another aspect I love about the series. They know how to write good dramatic situations and side plots that add to the gore and torture that completes the package, putting the icing on the cake. Most films tend to go for the gore factor above all… This series shows that one (two, actually) can have a good storyline and be just as bloody entertaining.

The (unrated) DVD extras include The Traps of SAW III, The Details of Death (props), Darren’s Diary and three full length commentaries collectively by the Writers, Producers and Directors. A clear packaging tops off the DVD (as well as the rest of the series). If you haven’t seen the first two of the series, I do not recommend watching this installment until you have viewed them. You will be absolutely lost, plot wise. Otherwise, I highly recommend this for any fan of the series or Horror in general. I give this film, SAW III, FOUR HORNS UP.