A remote, rural monastery houses the young repressed monks of the Order of Pathicus, and their dark secrets. Tainted by the severe murder of a young acolyte after a rebuked advance, the monks further retreat from a society they crave to join. After a quarter century of silence the house’s violent past yearns for awakening. Animals are found eviscerated, odd sounds breathe in the night air, and an evil presence is felt throughout. 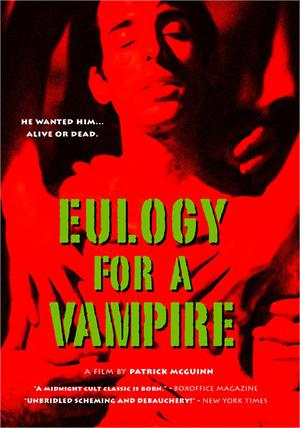 When an unconscious young drifter is discovered near the monastery, his sexual presence unsettles the young novices, as well as the resident priests. The man’s dark charisma ensnares the attentions of the young novices as they are unraveled by their tense obsessions, except for the monk Rafael, who resist’s the stranger’s temptations and seeks escape from the doomed cage of the crumbling monastery.

Tags Eulogy for a Vampire