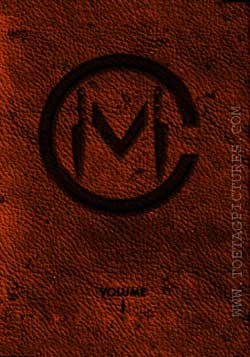 ToeTag Pictures are proud to announce the release of their latest film, Murder Collection: Volume 1. Directed by Fred Vogel, the film revives an early 1990’s Internet clip show, Murder, which was notorious for streaming videos of actual killings. After gaining popularity, the infamous show was discovered by authorities and shut down forcing the host, Balan, into obscurity. Over more than a decade in the shadows, the obsessed host continued to search for scenes of brutality that provoke a maelstrom of emotion. Balan has recently emerged from the darkness and is eager to show you his collection

Hello Horror Mongers of the extreme. Go get little Johnny and Suzie. This is a review for the entire family! That’s right, everyone Toetag Pictures has returned once again to sicken, disturb and frighten you all with their latest macabre ride of documented torture, depravity and death. In their debut of bloodshed onto the scene, August Underground, Toetag Pictures brought you along on a brutal ride with two unnamed Serial Killers as they terrorized helpless victims and documented the grotesquely good time of gore drenched snuff footage along the way. A sequel was then unleashed as August Underground’s Mordum continued the trail of this killer as he picked up a few other sicko-s along the way to help spread the sickness. After that, the Special Effects team was picked up by Writer/ Director, Nick Palumbo, for special Effects and story board work on his controversial film, Murder- Set- Pieces. They returned to the August Underground camp with the third installment of the August Underground trilogy, Penance. Soon after, the team released their feature as a company that shied away from the snuff category and into actual studio production known as The Redsin Tower. Now, they have returned to their underground roots with a little extra (twisted) twist with Murder Collection V.1 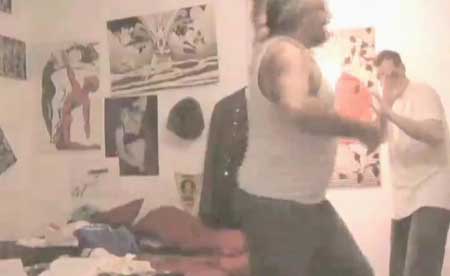 Murder Collection Vol. 1 is somewhat of a tribute to the shock-u-mentaries, such as the Traces of Death or The Burning Moon films. I would mention the pioneering classic, Faces of Death, but this is quite different. As “Faces” is hosted by a professional (and death obsessed) Pathologist in the medical field, this is hosted by what is mostly an unseen character’s distorted voice, Such as Brain damage, of Traces of Death. The difference here is, instead of giving you a commentary as you watch the the home documented carnage, Balan is cut between each graphic scene.

The acting is convincingly believable for the most part. The film starts off with a web-cam segment entitled Bludgeoning, as we see a dude being attacked by a large man (I believe it could be his step father) He beats him senseless, then leaves the room. Some unfamiliar viewers may think, that’s it? The true Toetag fan (such as myself) would relax and know that the worst (which, in Toetag’s case, means the most brutal and bloody best) has yet to come… and it does, with full force and brutal vengeance.. The series is continued by a few security camera (silent and black and white) pieces of an armed robbery, such as The Heist. In The Cheat, a man confesses his love for an ex as she is cheating on him on the screen in the background. He takes her out with an ax. Some of the more graphically shown stomach turners would have to be Autopsy. That is pretty much self explanatory, but as with all of Toetag’s work, there is a twist within every one. As much as the film focuses on the graphic and dark nature of death, it also delves into the human psyche and personalities of the characters within the little given time shown. 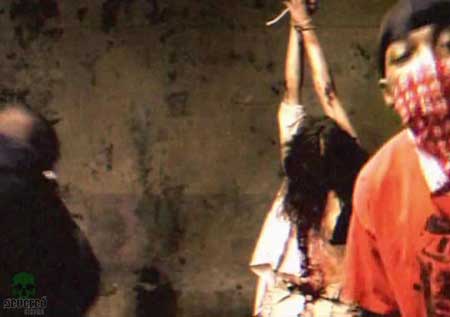 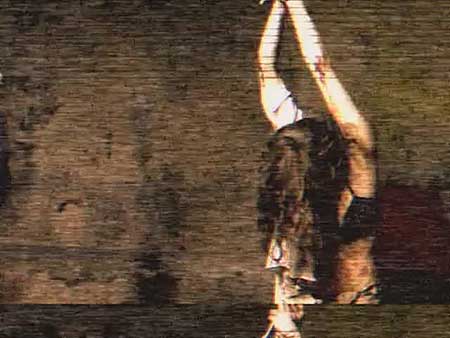 In a few of these grisly works of documented death, you can see personality changes start to occur as some of the deaths were accidental. Others were obviously (and viciously) intentionally “executed..” There is an awesome decapitation scene in which a man is tied down and has his head slowly removed by a group of hooded assailants. Their intentions were obviously in cold blood. One of the best character driven segments of the film is called Bullied. This shows three friends that take “Gromer,” which reminded me of Matthew sort of, from I spit on your Grave. He is quite timid and just trying to fit in with the gang. At first, the other guys seem as if they are trying to show him a good time and “initiate” him as one of their friends. As they get deeper into the woods, you can hear the two men by the camera start to ridicule him behind his back. 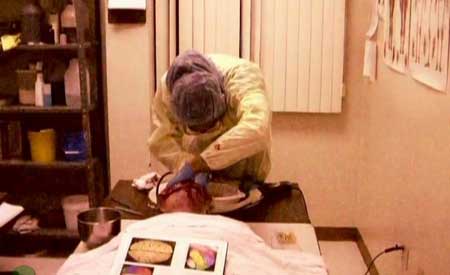 They reveal that a girl he met at a party the night before, Stephanie, was a girlfriend of one the men present and he was trying to pick up on her. They start to get a little rough with him after that. All hell breaks loose within the group of friends because of the aftermath of their playful joking. The same changing attitude from remorseless to remorseful and blaming others occurs in Ransom.

The camera work varies throughout the film as there are different mediums involved… Web cameras, home video cameras and security cameras are the tools of documented torture within the content of this feature. Some have more clarity than others. There is a range of crystal clear graphic vision, to shaky, grainy and slightly scrambled. In my opinion, this makes the viewing experience that much more realistic and believable. 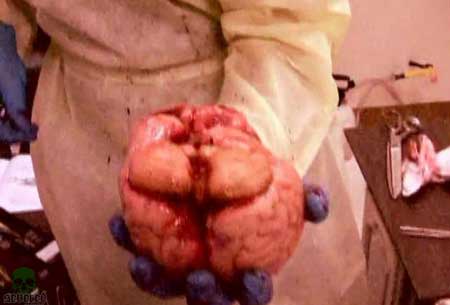 As with all of Toetag’s ventures into depravity, one can not go without commending the masterfully skilled talents of their Special Effects virtuoso, Jeramie (f*cking) Cruise. For any aspiring Special Effects artist, listen to his commentaries, watch his behind the scenes footage and for f*ck’s sake, TAKE NOTES. He is one of the best up and coming Special Effects artists on the scene today. In my opinion, he is the best. I can’t say underrated, because he’s only worked on Toetag’s features, M-S-P and the Horror spoof, Brutal Massacre. Watch for more of his work oozing from the underground. I would personally like to see a theatrical release featuring their effects. Toetag has also provided work for the metal band Necrophagia and toured with them for their stage show. 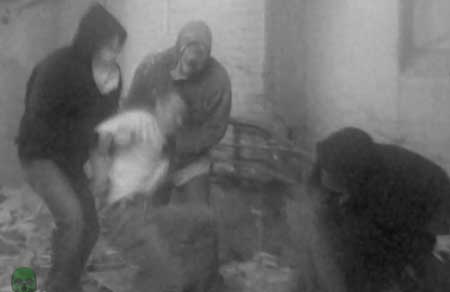 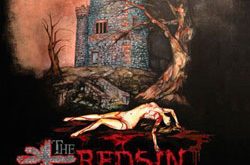