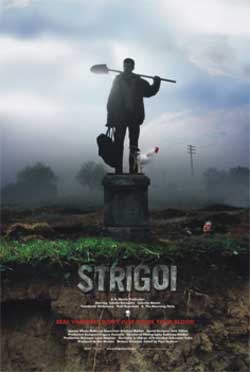 Vlad investigates a mysterious death in his grandfather’s village that raises questions about land ownership in the community. The trail points to ex-communist Consantin Tirescu and his wife, but when Vlad confronts them, he discovers that the richest landowners in the village have become real bloodsuckers. Strigoi is a vampire movie that defies categorization. Shedding a fantastic light on a post-communist Romanian village, the film introduces us to an ancient myth: Strigoi, the souls that rise again after death to seek justice if they’ve been wringed, their appetites intensified by a hunger for blood.

Wikipedia says that, “In Romanian mythology, strigoi are the troubled souls of the dead rising from the grave. Some strigoi can be living people with certain magical properties. Some of the properties of the strigoi include: the ability to transform into an animal, invisibility, and the propensity to drain the vitality of victims via blood loss. Strigoi are also known as immortal vampires.” Okay, that sounds like familiar enough territory. And though the barrel containing such subject matter has been scraped for movie material in much the same way brownie batter is scraped from a bowl by sweet-toothed children, there seems to always be a tasty mouthful left. The same can be said of the zombie genre. Sometimes, however, just like the exploitation of the awesomeness of the walking dead, the genuine appeal of a well-told vampire story can be exploited to the detriment of the genre. Neither the terrifying stuff of “30 Days of Night”, nor the fluff that is the “Twilight” saga, Strigoi, thankfully, lands squarely in between.

The movie’s web site and the synopsis above that it provided, I found rather misleading. I was expecting a much darker film than the one that was made. The site has a really interesting splash page as the site loads: images of the villagers looking menacing, frenetically superimposed over one another in micro-second rotations. When the site loads we see a single, dramatic picture of Vlad, our hero, standing atop a gravestone, shovel over his shoulder, with an exhausted expression on his face. And a chicken. All these elements combined led me to believe that the movie I was in for was perhaps going to be an artsy, creepy foreign take on the vampire mythos. It was none of the above.

If I’d have really looked at that picture and saw the humor of that damned chicken, I would have been closer to predicting what Strigoi was going to be: a dark comedy that pokes fun at the vampire legend. Faye Jackson, an incredibly promising filmmaker, completely ignores traditional vampire convention. The vampires in this movie have no fangs. They have no aversion to sunlight. But unlike Stephenie Meyer’s bubble gum, vegetarian fare, they aren’t attractive in the least. They have no cognizance of the fact that they are vampires. They’re just insatiably hungry, which comes off more similar to zombies, in fact, and that’s kind of funny. 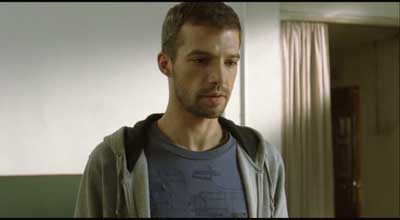 This film is less about vampires and more about the quirkiness of social circumstances in the microcosm that can be found in rural areas of Romania. Human nature is on display here, showcased in the simultaneously mundane and bizarre setting of this village. There is no breathtaking scenery, only the bleak and barren surroundings of a place that looks horribly depressing in which to spend your life. And yet these characters thrive in it, happily drinking whatever clear alcoholic beverage is indigenous to Romania as they sit, for three days, over the corpse of a recently passed villager to ensure he stays dead. 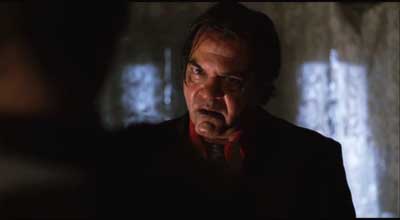 Strigoi is a subtle, well-made film that will appeal to anyone who doesn’t need their stories bashed over their heads. It’s a charming representation of characters who are genuine people, with whom I felt I could identify, regardless of the fact that I’ve never been to Romania and probably never will unless I see more flattering brochures of its countryside. If you’re expecting any kind of horror in this film you will be sorely disappointed. Watch this film, though, if you have any kind of appreciation for a fun and interesting story embodied in a well-crafted, well-acted film. 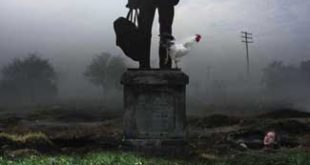