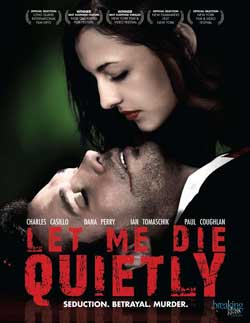 A haunted, broken-down psychic is being tortured with violent visions of murder. His unsettling “gift” is to see the last moments of a victim’s time on earth. Now, as his visions become more intense, he knows that he is either going to die or get involved with a situation that might give him a little more time. His last obsession becomes to stop the death of at least one victim in his premonitions.

Mario is a psychic. Sadly for him, he’s not a psychic of the Shawn Spencer variety…nope, that would be way too easy for a suspense flick. See, Mario has been haunted and tortured by visions of violent murders all his life. He has become an extremely broken shell of a man because of this, and now as his visions intensify, he senses his own impending death. As he sets out to save the life of one last victim before biting the big one himself, he literally bumps into Gabrielle, a psychic in her own right, who is seeing different visions of the same murder. As they join forces to stop a serial killer, can they get the job done without Burton Guster’s super-sniffer or without the aid of snarky one-liners and nonstop 80s references, or will their self-destructive natures implode before the killer claims another victim??

How often in this reviewing gig here have I gotten a flick in the mail and just by the title alone have expected to find something horrifically spellbinding yet quietly engaging? More times than I can count right now, but honestly hardly any that have ever really struck me like LET ME DIE QUIETLY did when I popped it in the old DVD player and settled back with my nachos and scotch. Pure and simple, I love happy surprises. Not necessarily happy movies, because this one is anything but from where I sat, but a happy surprise for me in the fact that since I review horror movies for a horror website, I usually expect to get nothing but horror movies sent to me, right? But every now and then, something with horror aspects slips through the cracks, but in the end winds up being something completely different than what I expected to see.

As a writer, I love characters with almost no morally redeeming qualities who still, against everything we in the audience have been shown about them and led to believe about them, will eventually rise up and do the right thing. See, Mario is lost, broken, and your basic tortured soul – driven by lust, greed, insecurities, and a fear of things he has always been able to see but never fully understand. But as he rushes to save one last victim before his own death that he has witnessed in a vision, we see a man who, to me anyway, no longer cares about understanding his gift/curse, but who just wants redemption, absolution, and finally some inner peace. This flick, my friends, is by all accounts a neo-noir suspense flick thinly disguised as a murder mystery, and I was hooked like a fat kid to a cupcake from the first five minutes.

There are so many aspects of this flick that I wish I could share with all of you so that we could actually discuss it in the forums or email or whatever later, but I can’t do the spoiler thing. I really, really want to this time though, just so we can hash out some things – things that I feel need touching on, things that I might be too skeptical about, things that I feel should have been tied up but weren’t, things that I really loved about the flick that you might or might not have…but I can’t break my cardinal rule of reviewing even this time, no matter how much I want to.

So all I can tell you is just the facts…and my not-so-humble opinion. When I think of the neo-noir category, classics like BLOOD SIMPLE, BODY HEAT, and of course MEMENTO comes to mind. But this, my friends, is the indie world, and if LET ME DIE QUIETLY invokes the spirit of any indie neo-noir suspense flick in the last few years, it would be the awesome DARK WOODS that I reviewed a year or so ago.

LET ME DIE QUIETLY has been quite the little award-winner on the festival circuit, and is now available on DVD at fine online stores everywhere. It’s not for everyone, and might in fact turn some folks off with some of its twists and turns (which again, I wish I could flesh out more here without giving anything away), but I thoroughly enjoyed the hell out of it and will be watching it again soon, if that tells you anything…. 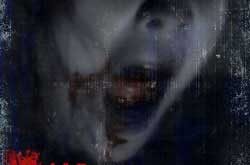 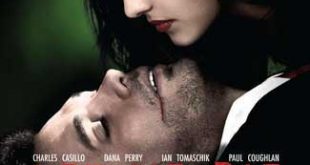 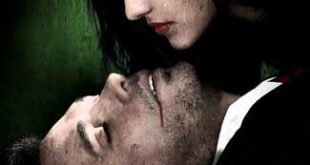