Home | Another World: zombies and Israel – a first!

Another World: zombies and Israel – a first!

synopsis:
The movie is a post-apocalyptic horror/science fiction film. the setting is in a near post apocalyptic future where a biological warfare program goes wrong, and turns most of humanity to mindless, murderous creatures (hence forth – “infected”). 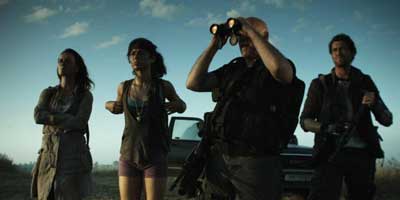 There are five characters, which are still uninfected, trying to survive constant attacks by the infected. Each one of them represents in some way a different aspect of human existence, a different world-view, but most important, a different moral view about the world and his/her place in it –  The plot takes place during their last six days. all along, as the characters evolve, they listen to a daily radio program dealing with the extinction of the dinosaurs, finding correlating themes to their own situation. as the protagonists move and try to survive, and as their world views and correlations to the situation are gradually reveled,
the following themes are explored: the essence of evil, the boundaries of moral responsibility, species (and humankind) extinction, love, grace, euthanasia and more. 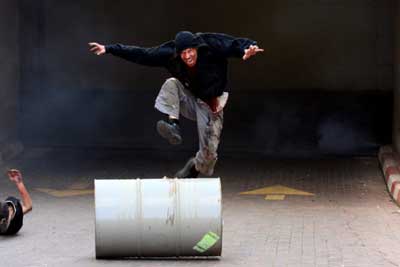