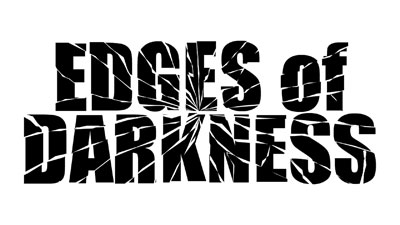 Three interconnected tales of terror. Story one focuses on a pair of vampires and the young girl they are slowly bleeding dry while they ride out the zombie outbreak. An obsessive horror writer fuels tale two. Stuck with his wife, he maintains his sanity by writing, using the limited power they have to keep his word processor going. But soon he finds out there’s a high price to pay. And, wrapping things up, Heather, a headstrong gal with a niche for survival, takes in a mother and her son, unaware the latter has been targeted by renegade priests who want to see the boy dead.

When all seems calm on the zombie front, along comes this surprise new offering from Jason Horton and Zparuter Productions. Within the first 5 minutes you know this is a quality production with nice crane camera moves, killer zombie holocaust action and your usual mixture of arm chewing, leg-dropping fun. Jason is no stranger to zombie warfare with his work on the previous 2005 film “Rise of the Undead”. This time we are joined with his latest production zombie anthology called Edges of Darkness. The zombie background sets the stage for the 3 tales that intertwine in this bleak future. Each involves people who are isolated due to the zombie outbreak that goes on outside. The world has become grounds for the apocalypse. With it, comes horrors within while the norm is the presence of walking dead.

Our stories are as follows: An obsessive writer spends his time working on a novel while ignoring his wife to pass time. A black vampire couple takes hostages to feed there hunger for blood. A warrior protects her roommates while dealing with the hoards of zombies. Lastly we have some evil priests and a womans fight for survival.

All these stories co-exist in the inhabited feeding grounds for the undead. And yet each story winds into its own irony and turning point that brings its storyline full circle from where it started. It starts with a bang, slows into a series of dramas and then ends with a bang. Though this zombie tale is unlike ones I seen, as the zombie factor ends up being more of a backdrop to the stories themselves and yet at the same time a constant threat.

Our obsessive writer who falls more and more away from his relationship discovers what it means to put all your energy into your your work. A newly designed chip with organic tenancies overtakes and dominates his life with a new perspective. Though once it started unveiling its true nature, I could of guessed its outcome.

Our vampire couple finds out what it mean to get duped on there own turf with some new surprises to even their aggressive way of life. Not all is what it seems.

Our warrior learns the truth about her roommate and the grand plan in store. However the situation may seem, it certainly influences her perspective on what seems to be the better direction. Then as all is calm, the storm rears its head again for some all out zombie killing. It has slow points but it does deliver in the end with some decent story-telling. I espeically enjoyed the look and feel of the zombie close-ups, enhanced with a fast shutter speed an gritty overlays they were well framed to enhance the experience. The zombie action is closer to the Romero style than modern agressiveness as they lumber about.

Tom Devlin and James L. Bills heads the FX department on this one and does so with gory details and killer fx shots. This independent release directed and written by the team of Blaine Cade and Jason Horton is a very impressive zombie offering. In looking over there credits, it appears they joined forces on the previous “Rise of the Undead” as a team as well. With EOD being a first horror film for many of the actors in this film, it come across pretty naturally. EOD is a nice story package, strengthend by the great FX work.