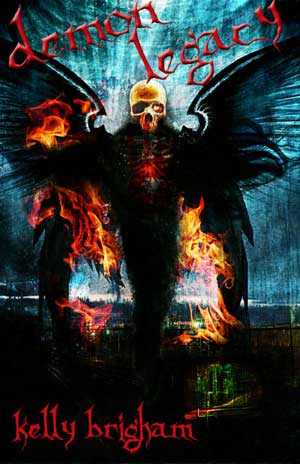 Demons, evil, betrayal and taboo subject matter are just a few of the interesting aspects you will find in Kelly Brigham’s Demon Legacy. I went into this novel, after reading the synopsis on the back, thinking that this story would be your usual good vs. evil story where good must inevitably thwart evil in any way possible. Upon delving headfirst into the novel I realized that it was more than that, much more than that actually. The author forces us to take a look at the true aspects of “good” and “evil” and see how the lines become blurred and skewed.

First I would like to say that the characters were well formed and very dynamic in their emotions and beliefs. Jared, our main character, is a ball of emotion expressing everything from grief to anger to terror which we can almost feel along with him. Belle, the white witch, is a powerful character with grace and a kindness of spirit that is truly genuine. Millie, Jared’s adoptive mother and also a witch, is quite like Belle in her kindness but has a stubbornness that shows her strength of character. Lewis, Jared’s brother, is the antithesis of all that is good and right in humanity, feeling no remorse or shame. Malice, the long trapped demon, is what you could call evil incarnate being narcissistic and blood thirsty. The other characters in the novel, while important, are more there to play off of the main characters rather than claiming the spotlight for themselves.

The relationships between the characters are also very dynamic in that you see a change in the attitudes of the characters to one another. Jared’s relationship with his siblings Lewis and Monica becomes more and more convoluted as the story progresses. Part of this rift can be attributed to the fact that there is resentment toward Jared for being able to escape the grasp of their abusive and alcoholic father. This resentment only gets a chance to grow and flourish as we get deeper into the plot.

While there were a few errors in grammar and punctuation, which I can only hold the editor accountable for, they did not take away from the general intensity of this story. As I had mentioned there are definitely some topics that are considered rather taboo and I applaud the author for taking the chance at spotlighting them almost causing even me to blush. You want gore, well you definitely have that as well; flesh, blood and graphic depictions of people being violated in ways you could only imagine fill the pages of this book. This novel is good for those of us out there that are not easily offended and want to read something truly intense.
This novel is also a rather easy read meaning that there are not any long drawn out parts that are unnecessary to the plot. The author gets down to business leaving us with no lag time and giving us reason to want to read more and more. I really got to the point where I couldn’t put it down and wanted to see what would happen to the heroes of this novel. While I really liked the way things came to a head I did feel as if there were possibly something missing which I attribute to a possibility for a sequel.

If you’re looking for a story to keep you on the edge of your seat and to propel you into a world where evil is masked by a façade of good then this is the read for you. The tug of war between good and evil has never been so intense. I applaud Kelly Brigham for showing us that in a world where male authors are the usual creators of all that is dark and gory that a female author can develop a plot just as twisted and brutal as that of any man. This novel has definitely won a top spot on my bookshelf. 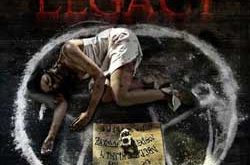