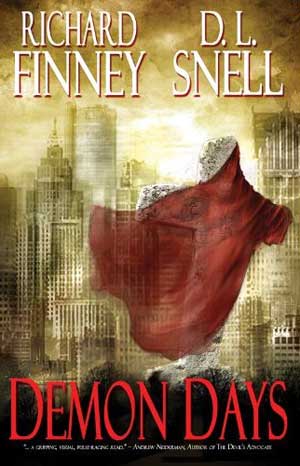 Over the last couple of decades or so there has been a multitude of books dealing with themes such as demonic possession and evil forces conspiring to take over the world. If this is your cup of tea there are countless titles to choose from, but unfortunately there aren’t that many that are anything special (in my humble opinion, anyway). Sure, there’s The Exorcist, Rosemary’s Baby, and The Omen (and most recently Heinous), but can you name any other novels dealing with the subject matter that really stands out and deserves to be in the same group as these horror titans? Go ahead and take a minute to name one, I’ll wait right here for you. Done already? Couldn’t really think of one, could you? (Oh, and for the people that said The Devil’s Advocate I’m sorry but your vote doesn’t count). Take heart though, there is another book that deserves mentioning and I have found it. It is called Demon Days and mark my words, it is one of the best books of its kind to come along in quite some time.

Demon Days, written by Richard Finney and D.L. Snell, centers around a journalist named Sandy and her fiancé Tom, a happy couple who have a normal, loving relationship until they are in a horrible helicopter crash while vacationing in Hawaii. Tom, who nearly perishes in the crash, has a near death experience in which he claims to have spoken to a divine being calling itself “The Angel of Light.” Tom soon begins to change and as his behavior gets more and more bizarre Sandy realizes that the creature that he spoke with during his near death experience is anything but angelic. She is soon approached by Father Olsen, an old acquaintance (who had recently been involved in a failed exorcism) who tries to convince her that the End of Days it at hand. Sandy is skeptical at first until she comes face to face on several occasions with hard evidence that suggests that the priest is correct. The pair soon stumble across an evil plot to bring about the return of Satan and when Sandy finds out that Tom will play a key role in this she becomes determined to stop it and save his soul.

There are many things that I enjoyed immensely about this book. First and foremost, I thought that the plot was original and entertaining. Sadly, I think that some people may not be interested in this book because they may think that it is just another cookie cutter “Satanic forces causing the end of the world” story. I assure you that this is not the case at all. I’ll admit that before I read it had this misconception but after I had finished just a few pages I realized that I was wrong and that Demon Days was something fresh and entirely different. Finney and Snell took a chance and tried something a little different and it works. The idea of Satan using near death experiences as a way to take control of people is a great idea in my opinion and as far as I know it has never been done before. I applaud the writers for taking a different approach and I think that readers will agree after giving this book the chance that it deserves.

I was impressed by how well-written this novel was as well. Finney and Snell are no doubt both very talented writers and they work well together. They have a knack for creating suspense, and believe me there is a lot of suspense to be found in this book (the scene where Sandy and Father Olsen fight off the demons in the church come to mind automatically). If you’re looking for some tense scenes you’ve certainly come to the right place.

In addition, there is also a huge amount of action that takes place in Demon Days. There is little to no lag time anywhere to be found and there is always something going on. The book kept my attention from page one and not once did I find myself losing interest in the story or skipping ahead a couple of pages (as I’ve been prone to do with Stephen King’s most recent ramblings…uhhh, I mean novels). There’s enough action here to satisfy anyone’s taste. I am tempted to give a few examples but I don’t want to give anything away, so you’ll just have to trust me here and find out for yourself.

Finally, I feel that I have to mention the characters. Each character has his or her own distinct personality and I don’t think that there is a single one that doesn’t stand out. Sandy is a very realistic character (for some reason I kept picturing her as a young Dee Wallace Stone) that you care about as soon as you are introduced to her. I also liked Father Olsen a lot as well, as he reminded me of a tougher version of Father Merrin from The Exorcist. He may be old and blind, but he can sure take care of himself when he has to as the several demons who cross his path discover to their dismay. Tom is also a great character and it is fun to watch as he changes from a caring likable guy to a dangerous madman who serves the powers of darkness.

Overall I just have to say that Demon Days is one Hell of a novel (pun intended). There is a little something for everyone and I think that most people will enjoy it from beginning to end. The writers are actually working on a sequel and I know I will be the first in line to pick up a copy. If you’re looking for an original, pulse-pounding novel that you’ll have trouble putting down I strongly urge you to check out this book as soon as you can. 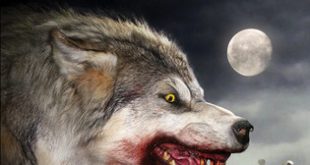