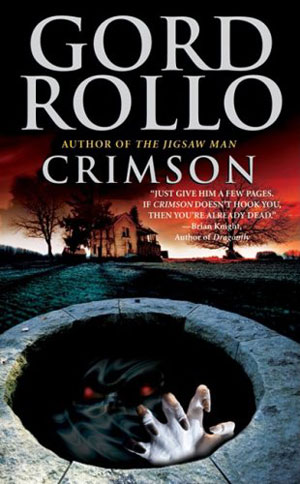 CRIMSON: A childhood evil unlike any other…

After just finished reading the latest horror novel Crimson, written by the extremely talented Gord Rollo, I was simply amazed by how well written the novel turned out to be. It’s reminiscent of Stephen King’s IT, which is a good thing. I say we all need inspirations to come up with that one truly, terrifying novel and Gord has done with Crimson. There were some really horrific moments in the novel that I will not forget, especially with a certain scarecrow and a giant spider. What can go wrong with having those to yet subtle but very scary things that somehow become even more terrifying to a child?

The monster in this novel was terrifying itself it would give the cinematic dream killer, Freddy Krueger a run for his money. This creature that Gord had written so well was simply and purely evil walking on two legs. When I was reading the vivid descriptions of the monster I had a perfect image of what this unimaginable horror would look like. I was not disappointed with what my mind could conjure up when I envisioned what exactly this monster that the author had managed to write about would look like. The one non forgettable aspect of this unholy nightmare would be its crimson glowing eyes, eyes that are filled with so much rage and hatred.

Now onto the protagonists who you can relate to, the story centers around four teenagers who discover an ancient evil that had been trapped inside a well that is in the backyard of one of the children’s home. The moment those four children release the creature all hell would break loose upon their world as they would suffer pain, loss and torment at the hands of this monster that is hell bent on destroying lives. The character in the four children we seem to focus on the most is David Winter. He goes through so much pain and suffering because of this monster. When he is a teenager he’s framed for murders he did not even commit and sentenced to life in prison. I don’t want to give away any spoilers but this is one hell of a page turner. The pacing of the book is very well done. The first couple of pages hook you almost instantly. You will find yourself wanting to know what else happens to each of the characters within this novel.

There is a lot of stuff that goes on in this book where you could almost feel the pain and anguish that each character goes through at the hands of the creature. This is one horror novel that you will find yourself unable to put down. The author had also written another book that is published by Leisure Fiction titled, JigsawMan. Gord Rollo is one intense horror writer to watch out for. He knows how to tell a story and keep your attention focused on it with every single page that you read. There is a lot of fear and terror that goes on within the pages of Crimson. Stuff that would be enough to make your skin crawl if that is even possible. But when I read Crimson my skin tingled with some of the parts that took place in the novel.

Once again, I applaud Gord Rollo for writing such a powerful horror story that only the likes of him and Stephen King could come up with. Gord has done his homework and it’s safe to say that he has taken great inspiration from the master of horror himself, to come up with this truly dark tale of madness and unimaginable horror. This is one author I will keep an eye on for his following works of horror. I would rate this novel five bloody severed heads. That is how good the book is. I’m a fan of his for life now. 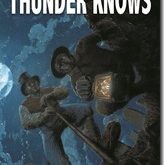 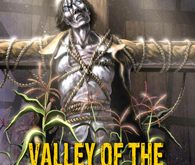 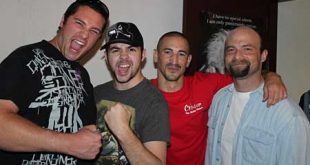