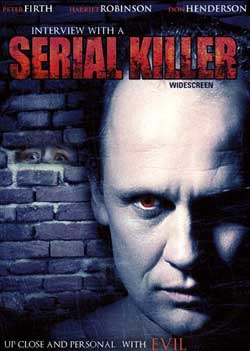 Ellen Carter is an award-winning True Crime novelist whose specialty is in her ability to get her subjects, serial killers, to reveal the motivations behind their murderous tendencies. She unwittingly leases out a room in her home to the nondescript, polite gentleman Leslie Steckler who just happens to have a dark secret. Mr. Steckler is the White Angel, the notorious British serial killer, so named for his method of choosing his victims, and he knows that Ellen has a dark secret of her own.

Interview with a Serial Killer was originally released under the title ‘White Angel’ in 1993 and is directed and produced by the same team that brought us ‘Urban Ghost Story’ (1998). While I don’t know what precipitated it’s re-release this year or the change in title I am certainly glad they did. It was a pleasant surprise to watch a movie with so many elements of good film making.

First off, no movie can survive without a good story that’s driven by interesting characters and Interview with a Serial Killer has both. The story boils down to a cat and mouse game in which you are never quite sure who has the upper hand. Indeed, both of the principals juxtapose this role throughout the story, making it all the more interesting to watch unfold. It’s exciting to watch a movie and not be able to discern how the story will play out, even when it’s apparent that it won’t end happily for anyone. Furthermore, the character interaction must be believable, especially in the extraordinary circumstance in which the characters found themselves, and this screenplay was written in such a way that nothing between the two felt forced or out of place. In fact, the honesty of their human nature is what made the conversations between the two compelling.

Of course, the best writing in the world remains on paper until it’s brought to life by good performances, and, thankfully, Interview has that as well. Though it’s not a groundbreaking performance by any means, Harriet Robinson’s portrayal of a woman scarred by an abusive relationship and quietly determined to not be bullied ever again is believable. Don Henderson (‘Adventures of Baron Munchausen’ 1988) is perfect as the grizzled Scotland Yard detective who for 3 years has been persistently obeying his intuition which is relentlessly telling him something doesn’t add up with Ellen’s story. But the rock star in this movie is Peter Firth (‘Amistad’, 1997, ‘Hunt for Red October’, 1990). Firth is outstanding as Leslie Steckler, the serial killer known as the White Angel. He can go from shy and introverted to fierce and menacing with a glance and does so with a subtlety that’s downright creepy. It reminded me, though not as cerebral or sinister, of Hannibal Lecktor (and not Anthony Hopkins’ Lecktor, but Brian Cox’s Lecktor, from ‘Manhunter’, 1986, which was the performance I feel gave Sir Hopkins his inspiration for the now iconic character he played…but that’s another column…). Firth’s portrayal is of Leslie Steckler first, murderer second, and he makes distinguishing that line and then toeing it look easy.

The production value is also great, at least next to the films I’ve reviewed lately. The editing in particular I thought was done with care and I appreciated it. It helped keep the film moving along at a nice pace; it never felt rushed nor did it lag in spots. Of special note is the Sony Hi8 footage interspersed throughout the film, giving us a first-person account of Steckler’s exploits. And what’s really effective about these moments is not what we’re shown but rather what we’re not shown, as all the grisly moments occur off camera. What we’re left with, throughout the entire film in fact, is the aftermath of these events which, even though I love me some gory carnage, is a refreshing change.

This movie isn’t for everyone. If you want intestines spewing across the screen, take a left down Laid to Rest Ave. If you’re looking for a creature feature, take a right down Jeepers Creepers Lane. But if you’re looking for an “old-school” (it is 18 years old, after all) stylish, briskly paced, well-crafted thriller, look no further than Interview with a Serial Killer. It may not be a keeper for some but that doesn’t mean it’s not worth your time. 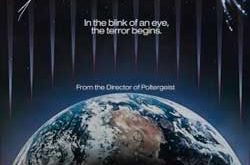 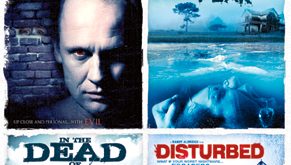