The official trailer for Scream 4 has been released and it builds on the suspense of what will happen to Sydney Prescott. She has changed her name (listen to how she answers the phone) but could not stay hidden forever. Gathering the old cast with a new cast of characters puts this movie on sketchy ground but the trailer isn’t half bad.

According to Executive Producer Barry Ratcliffe, although several offers have been made, a director for the film has officially been contracted at this time. Both he and the films producers Veronica Craven and Maximillian Williams, have stated that a press release with full cast and crew details as well as the official promotional poster will go out later this week.
Devanny Pinn is in fact slated to star and principal photography is to begin March 2011 in San Francisco

Synopsis: SIDNEY PRESCOTT has been living the last few years of her life in relative silence. Now a guidance counselor for Woodsboro High School, her alma mater, she finally lives her life out of the media spotlight.

But with the discovery of a murdered student, Sidney Prescott’s world will once again be ripped apart by the reemergence of Ghost Face. 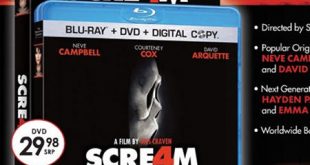 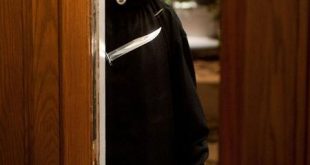 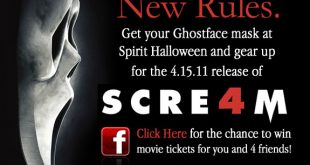