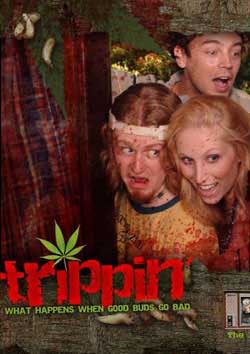 Three couples go to a remote cabin in the woods and, lo and behold, bad things happen.

Devi Snively comes at us with a full feature full of drug humor, killings, camping, sex and more drugs. When 3 couples decide to head out to a remote cabin for a getaway, the skies the limit as they encounter more than they bargained for. Based on a true story, we are told that the events happened this way accordingly …somewhat.

A van chock full of 70’s style feeling decor and a team to party ……this group is on their way to a gathering in the woods. Along the way, they drink, smoke and play truth or dare to pass the time. Everyone is having a good time except the anally uptight “Jizz” played by Nicole Buehrer. She is aboard to spend more time with her boyfriend (Jake Perry) Jeremy, but has quite a few issues that keep her from really letting go and relaxing enough to feel like a part of the group. Anti-drug, heart problem, sexual hang ups things are really not in her favor.

Zed is the party boy of the bunch…… high, drunk or just passed out…. he has no problem letting loose and having a good time. I was expecting at any minute a Chainsaw-massacre-pickup-stranger incident to occur at any second. Though instead we get some misdirection led moments of body parts in the road and a strange truck that appears to be hauling a fresh corpse. Points go to Devi for not throwing in the “stop-at-a-gas-station-and warned-by locals-clique”. She keeps things on the interestingly funny but odd sort of rhythm thru out.

The group arrives at the cabin while the leader Joe tells forest stories about a psycho released man named “Eagle Eye”. His setup is geared towards further practical jokes that seems to be the theme of the weekend. The others get high, deal with the locals and find themselves in situations that weren’t expected as bodies start to pile from freak accidents. Now the film doesn’t really go down the path of the Friday the 13th type films, but rather it incorporates death into an accidentally bad karma sort of way.

Now I cant review this film without mentioning the surreal, fantastically executed drug sequence that occurs in the 3rd act. Real life combine with cartoons, stop motion and all sort of odd editing finesses has to be one of the most bizarre little sequences I’ve seen this year. In comparison i’d classify it more in line with Frank Zappa animation than say end of “Evil Dead” type stuff. Very cool….the eyes in background hallucination was extremely creepy. 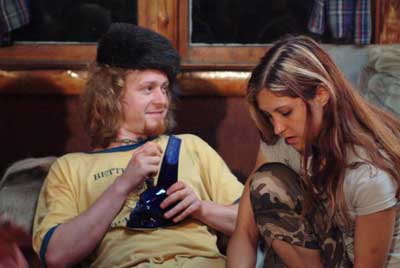 Director Devi Snively brings out her team from Deviant Pictures this round for a full feature product. Up to this point from what I can tell she has concentrated mainly on comedy horror shorts…so its good to see her tackle a feature product. There is no denying she has a certain style to her films that focus on wordier dialog driven scripts, ensemble teams and a sense of dark humor. 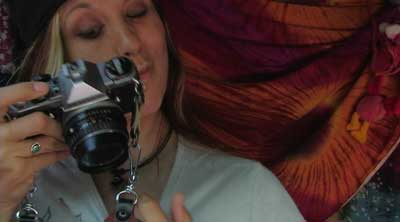 What is impressive is that her short film build up really shows in her ability to frame, direct and keep the flow on a feature product. The film verges on the aspect of being a cult feeling film but falls more in line with some of the improvisational comedy troupe type of films I’ve seen this year. That’s not a bad thing though by any means. The production stills feels a bit young but definitely on the right track for more products. I’d love to see a future film that pushes out all there freaky creativity into a full blown mind-screw. A very cool, funny and tasty film from some really creative minds.