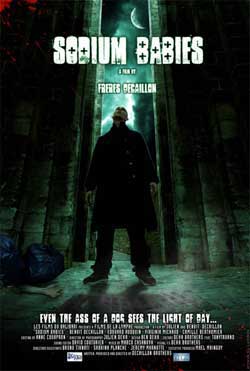 Summer 1973. Maurice Chienhmord comes back from serving in the army, glad to catch up with Mary-Jane and this hippy squat. His rest won’t be long though: Max, torturing ghoul alleged to The Prince just forced him to join the Community. Maurice becomes Dead Dog ; he’s up for 30 years of sh*tty jobs, hands deep in the corpses thoses thirsty people left behind… and Max always on his back. Although Dead Dog looks like a looser, he knows that someday a drop of blood is gonna make the calice spills over. Schizoïd flick, the few people who saw Sodium Babies call it « very indy », category « special » or « weird ». The movies takes you for a ride with Dead Dog, during some 30 years of slavery, violence and confusion.

Ever seen one of those films, that you not sure exactly what you watched but it’s still so damn beautfiul? Well Sodium Babies falls into that category in so many ways and yet still rings with the essence of a masterpiece. 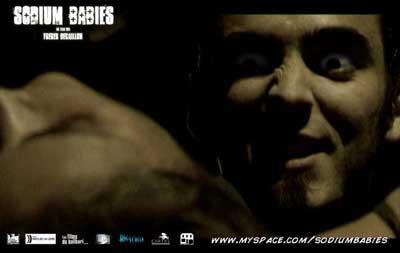 Directors Julien & Benoit Decaillon must have had many sleepless nights with the level of imaginative integration this film entailed. No not so much your high level hollywood FX routes as just pure visual dynamics. The film itself features a parade of multiple edits, slick camera work and a high level of impressive tonality. 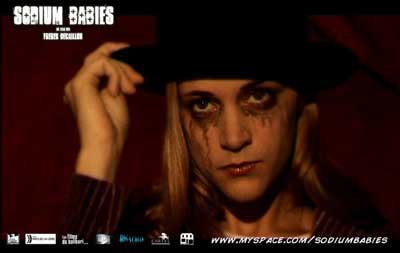 If I were to make a comparison it falls somewhere in between the film “Underworld” and an art house film. Sodium Babies is a film about vampires, but not your usual blend that you expect. In fact it’s rare when teeth are ever even shown. Thought the film has built a whole world within a world by the inclusion of the vampires and there helpers they call “ghouls”.

As I watched, and at times with mouth open…. I found the actual art of reviewing this piece was not as cookie cutter as I would have hoped. What I mean by that is… it takes a while to get to know the characters, who they are, what they are about and how all the pieces fit together. 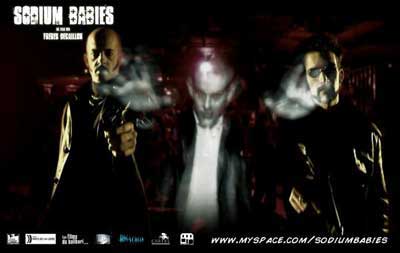 The good news is the journey is as good as it comes for pure cinematic experience. If I can step to the side for a technical overview, Sodium Babies contains mixed media’s that merge into cartoons, drawings (at times), soft shadows, silhouette borders, dynamic camera work, time frenzies, beautiful slow motion cuts, rich color tones and moments of high contrast just to name a few. It’s apparent that the filmmakers had a vision and knew how to implement it in a modern way.

It was also apparent to me that this level of camera work had to be a story boarded affair to pull off. At times ever frame is straight out of a graphic novel with great perspective shots and dreamy segues. If that doesn’t sell you then ….just take my word that it’s a great film to watch. In fact, just by viewing the screen shots alone you can get a glimpse of the hot and cold tonality that runs though out the picture. 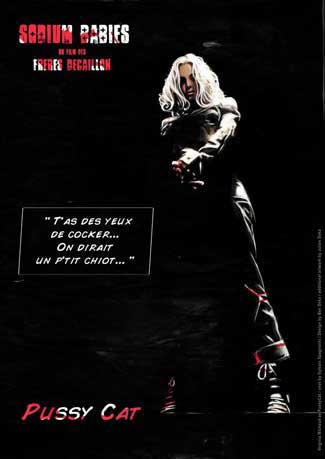 Story wise, because its a foreign film (French) it presents itself in similar fashion as say the movies “Night Watch” and “Day Watch”. Because of that I think the premise of the film is better understood with the sub-titles on so you can follow along. 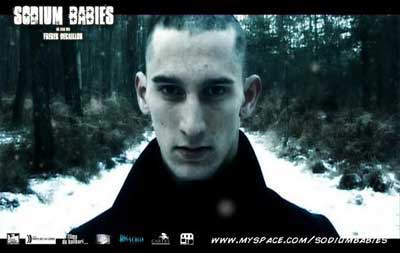 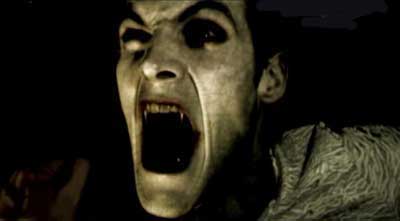 The film finds one character “dead dog” in the middle of a vampiric universe. Of course the humans aren’t aware of theirexistence. So the vampires use what they call ghouls to round up folks for them to feed on. The trade-off? The ghouls are supplied viles of blood from the one they call the “Prince” who basically gives them everlasting life. The vampires who can’t be exposed to daylight need humans to feed. The ghouls supply and and everyone gets what they want. Maurice who has been named “dead dog” by his vampire master Max has served for over 30 years. 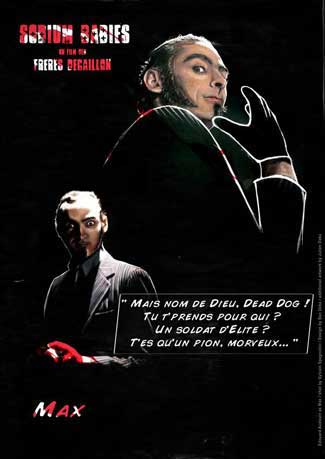 His early accounts stem from a hallucination in where he thought he was being chased by a wolf in which he shot in self defense. The reality was that he shot his girlfriend in cold blood. Since those days he has been serving the vampire race as a protector and sometimes assassin to prepare fresh kills for them. The narrative of this one often goes in tangents that the viewer must experience to pull the shots together. In a more humorous scene, Max leads a disco in a choreographed dance routine. Apparently the disco is a local handout for vamps. In other scenes a staged game show leads Maurice through a round of questioning. The reason originates in a dream state he has fallen under while a competitor vampire tries to enlist him to his side. 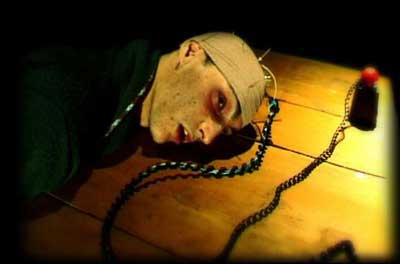 What is highly perplexing is the delivery that is often pieced together from fragments and broken storylines. In the scheme of things, Sodium Babies is magical in many ways delivering a sight to be seen presentation. I would say if a coherent story line isn’t entirely needed then hop on this one right away.