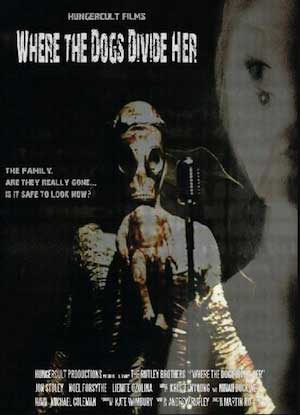 Everard Fletcher finds himself lost in his nightmares trying unravel a mystery displaced in the fabric of time. Encountering haunted visions, hidden memories and his own deceased father, Everard slowly uncovers the truth behind his mother’s death shortly after his birth.

Working with a micro-budget – reportedly around $10,000 – director Martin Rutley filmed Where the Dogs Divide Her over a span of 8 months. With a small cast and a sparse script containing very little dialogue, the film contains a fractured narrative high on composition, told through light and shadow and through disturbing imagery. This is very much an art house film where time means nothing and characters exist in nightmares of the past and memories of events waiting to happen. The film centers around Everard Fletcher (Jon Stoley) who is trapped in his nightmares trying to solve the mystery of his mother’s murder, who he was told died during child birth. 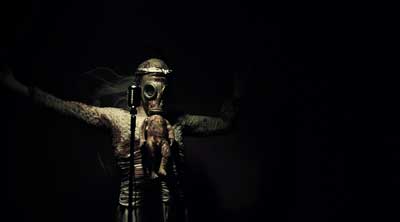 The director has a strong sense of composition. With scene after scene, he pays close attention to every detail – light and shadow, foreground, middle-ground, background and sound. For the most part the film is well designed, better than many independent features. The imagination behind the camera is vast and focused. However, it suffers from a in-cohesive and incomprehensible plot, lack of engaging dialogue and a small set of characters that provide no connection, sympathy or empathy. The strengths of Where the Dogs Divide Her lies in the visual artistry, but it is not strong enough to overcome the many faults – not all due to lack of budget – ranging from repetitive shots, annoying voice overs and a shallow mystery. 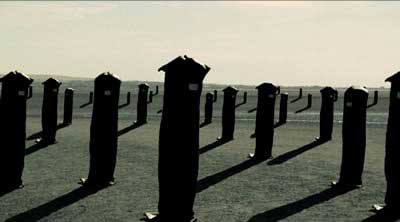 From the very beginning the pros and the cons duke it out with the audience taking it on the chin. Seemingly random images flash across the screen – some interesting, some not – followed by a strange intro song. Then the whiny voice overs begin. Then more songs and even poetry. The main problem is they don’t link together with any hint of structure. The result is like watching someone else’s nightmare – bizarre and sometimes fascinating, but highly dis-interesting. On top of that, the film is overly long and drawn out with many scenes being revisited time and again. The film would have benefited from being edited down to a short film half it’s length. It ends up feeling like an extended version of the disturbing short seen on the tape in The Ring. 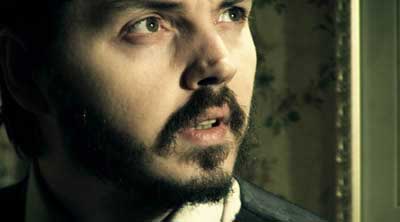 The lead actor, Jon Stoley, does a commendable job holding the audiences attention. He is visually charismatic and displays potential.  He is more than capable of emoting the confusion, fear and rage without the benefit of much interaction with a cast or complete dialogue. In fact, in many scenes he is allowed to move very little and acts with his face and body language. Noel Forsythe as the father character John Fletcher is unfortunately horribly miscast appearing way too young to play the character even if he was supposed to have perished years ago. He does what he can, but his stilted performance combined with an odd sound mix masking his voice create an unconvincing and distracting result. The scripts suggests this is an important role, but Forsythe has yet to find the screen presence to bring the character the weight he needs. 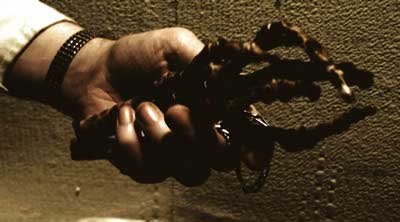 The film is not without its high points. One particular scene is disturbing and utilizes the director’s passion for using musical interludes to good use. It occurs when Fletcher finds himself in a darkly lit night club watching a woman perform in a gas mask with a bloody rubber fetus handing around her neck. It is grotesque and fascinating. The film is littered with moments like this, shining little sparks of imagination and skill; however, between the spaces between these moments are bulging with droll filler making it a challenge to get to the conclusion. For those who have a passion for art house films, or who thrive on disjointed storytelling may find quite a bit to enjoy in Where the Dogs Divide Her. But for those who are looking for thrills, scares or even disturbing imagery are going find little to satisfy their fancy. Where the Dogs Divide Her was recently picked up by R-Squared Films for distribution in 2011. 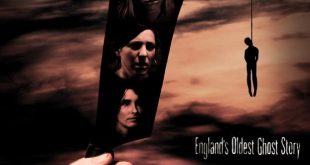 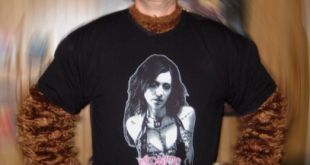 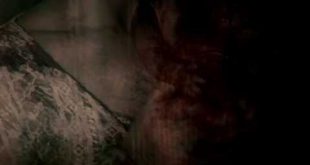 R-Squared Films Picks Up ‘WHERE THE DOGS DIVIDE HER’