Home | R-Squared Films Picks Up ‘WHERE THE DOGS DIVIDE HER’

R-Squared Films Picks Up ‘WHERE THE DOGS DIVIDE HER’

WHERE THE DOGS DIVIDE HER was written by Andrew Rutley, directed by Martin Rutley and stars Jon Stoley, Noel Forsythe and Lienite Ozolina. The Rutley brothers are also the masterminds behind the production company Hunger Cult Films that they established with the intent of bringing independent and original ideas to the screen.

Official Synopsis:
“Murder mystery. Uncovered love. Madness.
Where the Dogs Divide Her begins amid the aftermath of a family massacre. A nameless man sits in an unfamiliar bathroom, his bloodied hands trembling as he ponders his crime of passion. An amnesiac without an identity, he goes in search of himself, only to unearth a long-buried family secret surrounding the bizarre deaths of his parents.

An abstract ghost story populated by ever-threatening spectres, shadowy souls with evil motives who inhabit a nightmare world within a troubled killer’s psyche. They might offer a smile or a kind word, but their only purpose is to snare others into their Hell. Before the killer can come to terms with his deeds and escape this esoteric prison, he must confront his dead parents and make good on an infant’s promise made thirty years ago.”

The film will be released in 2011 on Blu-ray and DVD, and you can read more about this film and other Hunger Cult Films projects at the official website. hungercultfilms.com/

Tags Where the dogs Divide her 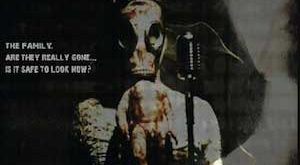