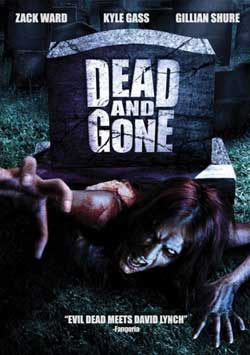 Forced to live in his late family’s creepy mountainside cabin after losing all his money, Jack Wade (Quentin Jones) struggles to maintain his sanity while caring for his comatose wife (Kathrine Bates). Instead, he descends into a world of paranoia and madness. Based on a script by Emmy-nominated songwriter-author Harry Shannon, filmmaker Yossi Sasson’s indie horror also stars Tenacious D’s Kyle Gass and Grammy Award winner Ben Moody.

How hard it must be to take care of an invalid let alone a sneaky conniving one who suckered you into the relationship in the first place. Poor Jack Wade is stuck in this exact situation with his cougar of a wife Frankie who now lays in bed in a coma and there doesn’t seem to be much hope about her ever coming out of it. Jack won a little run down old cabin off in a desolate area in Nevada in a game of poker. He hopes to live there peacefully while he waits for Frankie’s money to be figured out and hopefully doled out for him since he is the ever loving hubby.

Dead and Gone is the film based on a story written from Harry Shannon. Harry plays Sheriff Pete who you won’t see till the end of the film. The thing about this old cabin is that people say it’s haunted. Years ago a man murdered his wife and kids when he found out she was cheating on him. They say that the spirits of those killed still linger in the cabin and on the grounds around it. I liked watching this flick, the scares are subtle but satisfactory. Soon Jack sets into a routine of exercising then boozing and popping pills by his lonesome every night. All of the sudden he is seeing Frankie rocking in the rocking chair, or peeking in the windows from outside. Is his eyes playing tricks on him? Or is she somehow managing to spook him?

Kate the cute red headed cop stops by after getting the low down on him from the tales beeing carried by towns people. She’s obviously attracted to him so a few days later she comes back with a bottle of booze and a fishing rod. They head over to a creek where they sit swigging booze and talking about how Jack got involved with Frankie in the first place. Frankie was a well known actress who wanted him as her sexual boy toy so she put him in a film of hers. Now Jack is seeing Frankie more and more everyday as she comes alive to verbally torment him.

Her mouth alone is enough to drive him crazy. She taunts him about how she knows he wants to get freaky with the accountant or the woman named Peggy who is played Felissa Rose. All of us horror fans best know Felissa from her famous role as Angela in Sleepaway Camp back in the 80’s. Frankie tells him that since she can’t move she’d just love to watch. So now in your head your trying to figure out if Frankie really is somehow managing to outsmart him, or if he is just flat out nuts. Harry Shanon knows how to effectively creep you out, you can trust me on that- with the help of director Yossi Sasson of course!

Now we see that Jack’s been alone, angry, and depressed- is there something else that could be going on in this poor guys brain? Could he be traumatized for some of the mistakes he has made since he began living in this cabin that was built on an Indian burial ground? His tired eyes has been seeing his comatose wife in places that she hasn’t been and he made a very big bloody mistake that he was forced to clean up? Will Jack lose it and just pull the damn plug on her? Maybe poison her or smother her with her own pillow? Believe me he’s thinking about it.

In the end what do you think will be left? Will there be dead bodies everywhere or will the ghosts remain to haunt him forever? Can he escape this mental hell that he has been living in? Jack is not one with nature and everything about it seems to scare him half to death. Maybe he will end it all himself in a moment of his strenuous break down? Dead and Gone was a great example of how living alone in a desolate place can really have your mind playing tricks on you… or are they? 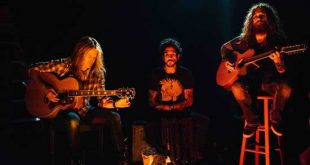