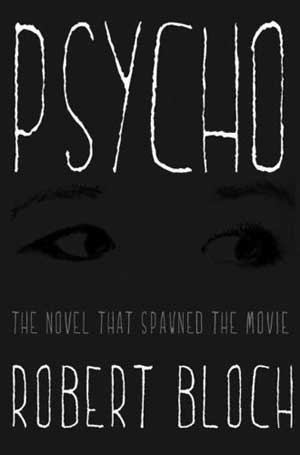 A girl stops in for the night at an out of the way motel on a remote stretch of road. She seems frazzled and a little road weary but converses politely with the motel clerk before heading to her room. After some time to reflect on her plans she readies herself for a nice hot shower. She begins to relax under the warm stream of the shower head and is caught off guard when the slashing knife of a killer ultimately drains her of life. Does this plot seem familiar? It should because it is the premise for Alfred Hitchcock’s “Psycho” which is arguably one of the overall best suspense thrillers in history and way ahead of its time. But where did the idea come from? What mind created this dark and riveting story? Author Robert Bloch penned Psycho in novel form back in 1959, just a year before its theatrical debut.

Though I was very familiar with the movie when I discovered this book in my grandmother’s attic, I was ready to explore the pages and do a little comparing and contrasting between the novel and the movie. Most book-to-movie adaptations will have some obvious differences including a deeper look into the minds and motives of the characters therefore creating a better understanding of each character. This is very true of Robert Bloch’s Psycho in that you can empathize with Mary, the girl on the run with a load of cash, and her need to get her and her boyfriend’s lives on a better track. You also find yourself pulled into Norman Bates’, the motel owner/clerk whose overbearing mother has a tight grip on him, misery and disdain for his mother’s treatment of him.

Aside from the obvious differences that you would find between the book and the movie you also find the difference in the description of Norman Bates. In the movie of course he is played by Anthony Perkins who is tall and thin but in the book he is described as fat and middle-aged with glasses. In the book Norman is very well read and quite intelligent and seems to have quite a grasp on the psychology of human behavior which makes it all the more interesting to see his psychosis progress. Although he is protective of his home and his mother he is a little more relaxed in his behavior in the book when he lets Mary into his home to eat dinner rather than eating in the motel office. We also find, in the book, that Norman drinks when he is unnerved, inevitably leading into the blackouts that transform him into his mother.

You, as a reader, will also become more familiar with the other characters in the book like Mary, Lila, Sam, Arborghast, and even the sheriff who becomes a bigger presence in the story. Mary’s character is one to empathize with and soon understand her reasoning behind taking the money plus her ultimate shame and regret at doing so. Lila is of course the concerned sister who will stop at nothing to find Mary and uncover what has really happened to her. Sam, Mary’s fiancée, is a character to root for; he is a man that works hard and stands by his principals and even in the face of uncertainty at his engagement feels ashamed of second guessing the woman he loves. Arborghast is the hard nosed insurance investigator that is hot on the trail to find Mary and recover the stolen money; he finds himself face-to-face with Norman and a hunch that something is awry at the Bates Motel.

The violence in the novel is much harsher than that in the movie; instead of merely being stabbed by the killer Mary is decapitated, a pretty horrid way to die if you ask me. At the time in which the movie was made I imagine that the decapitation of a pretty young female would not have been very well received so I can understand why the death scene was “cut-down”.

If you like Alfred Hitchcock’s “Psycho”, then you will more than likely enjoy the book as well. There are enough differences in the book to keep it from becoming a stagnant transcript of the movie. It is an easy and enjoyable read that is very hard to put down. It’s also based on Ed Gein, a Wisconsin serial killer whom you may already be quite familiar with and is even mentioned at the end of the novel. I would definitely recommend this book to take to bed with you at night just before you turn the lights out. While it may not give you nightmares it will certainly get your mind working and thinking about the psychology of serial killers. My final note is that if you read this book then I hope you enjoy it as much as I did. 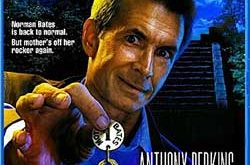