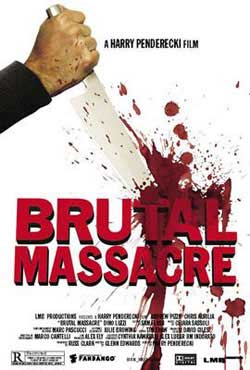 Stevan Mena’s mockumentary follows washed-up filmmaker Harry Penderecki (David Naughton) as he tries to resurrect his once-celebrated career. Harry gathers his former crew to create a horror hit, but the production is plagued by one problem after another. Egotistical actors, romantic hookups, inept special effects artists, tragedies on the set, and budget crises threaten to derail Harry’s only hope at making the big time again.

Brilliant! That should set the tone of this killer horror comedy mockumentary. It’s funny, its well-paced and above all it is not far from the truth on how real horror productions “can” go. I think it’s fair to say that Brutal Massacre is the Spinal Tap of comedy horror. I loved it front to back….great stuff. Real Director Steven Mena is a comedic genius.

The film follows the career and day to day workings of a horror production outfit that sets out to make a new film led by director Harry Penderecki. He has had a few hits in the pas, so Brutal Massacre may be his last chance to save face in the industry. Of course everything is fiction played by actors such as David Naughton, Brian O’Halloran, Gunnar Hansen, Ken Foree and Ellen Sandweiss.

We are accompanied by a documenter who covers the process from start to finish all the while dealing with a mix of horror business acrobatics, an indies look at the daily lives of different film professionals and the creation of a b movie horror film. In the outrageous blend of issues that are encountered along the way, Naughton is flawless as the horror director goof. Meanwhile Brian O’Halloran plays the Assistant Director role with comedic flair to add to the insanity.

The crew and film actors brings there own mix of oddities that range the gamut of extremes. In some way its like watching an ofshoot of “The Office”.One of the surprise and hilarious performances comes from Texas Chainsaw Leatherface / Gunnar Hanson who plays a crazy Veteran that loans the production team his house as a set. I don’t think there was a moment he was on screen that I didn’t laugh. You almost expect Seinfeld to come walking in any minute with the richness of comedic characters that we are introduced in this film.

The production begins at a typical Fanoria convention as the director is battered with inquiries about his questionable choice of movie making content. The rest of the film is a a journey from pre-production to completion.

The thing that occured to me after watching this film was that it does echo real life productions in an certain exaggerted way. If you are in the film business, the movie is even more hilarious as you find yourself comparing similiar circumstances. Now of course, better precautions are taken along the way, but in all its parody of these events do happen in the real world.

Brutal Massacre is a must see and an essential for fans of comedy horror. Even if comedy horror isn’t your thing I’d still recommend this to filmmakers for its hilarious portrayal of nightmare horror production. .The DVD even comes with a behind the scenes mockumentary to add a 2nd layer to the fictional production. All in all a hell of a good time that you most likely watch several times after the fact. 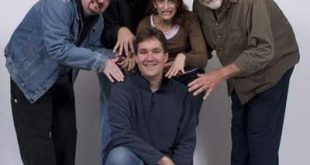