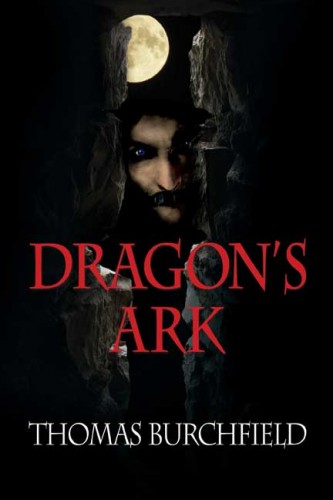 For a century, Dracula–the Prince of Nightmares, the Superman of Evil–has been quietly casting his dark and impish dreams over the sleeping souls of a High Sierra community who only know him as the eccentric recluse who lives under the forbidding peak known as Dragon’s Ark. But now, facing a modern world intent on washing away the shadows of his enchanting but haunted world, the Vampire King gives life to a dying woman and ensnares her in a grim and ruthless struggle with greedy resort developers over the future of his mountain kingdom.

Dragon’s Ark is a weird, thrilling, and violent tale of supernatural power, intrigue, betrayal, and surreal bloody revenge that follows a fabulous legend’s bizarre and bloodthirsty quest to preserve his life and power against the unforgiving, dreamless light of the 21st century.

“Thomas Burchfield is a world-class master of suspense and makes a heavy statement on the blood-sucking exploitation that goes on all around us. Dracula not only lives in our world, he is our world. With a language clear and beautiful as a sunset, Burchfield leads you down the path of darkness”– John Ivan-Palmer, author of Motels of Burning Madness