Home | News | FIRESTARTER Reboot to Combust in a Theater Near You

FIRESTARTER Reboot to Combust in a Theater Near You

Stephen King’s story of a pyrokinetic little girl and her ability to torch anyone who makes her mad will return to movie screens in a reboot of the 1984 film FIRESTARTER. Universal Pictures and Dino De Laurentiis Co. have joined forces to create the film and according to Variety, Mark L. Smith is hard at work penning a script for the reboot of the classic sci-fi/horror flick.

Many will remember an adorably young Drew Barrymore in the role of little Charlie McGee as she and her daddy tried to escape the wicked government that sought to exploit their drug induced abilities. In this re-envisioning representatives for Universal Pictures commented that Charlie McGee will have “a little more edge” but what that statement entails is not yet known. 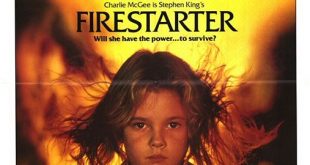