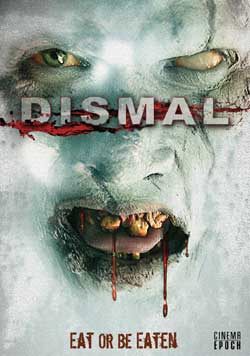 Dana is failing Biology. To pass she must attend an extra credit assignment with several classmates that will lead them into a remote region of the Great Dismal Swamp, a place teeming with life… and death. While the group keeps one eye out for hungry bear, deadly snakes and lurking gators, they are unaware of the real danger. For the top of the food chain lives in a dingy cabin not too far from their campsite, and he has an appetite for human flesh.

QUICK FIX:
Poor Dana….on top of having a possessive, egomaniacal asshat of a boyfriend, she’s also failing her college Biology course. In order to regain a passing grade, she must attend an extra credit field trip/class assignment which will take them into the Great Dismal Swamp, which stretches from southeast Virginia down to northeastern North Carolina – over 100,000 acres of, well…dismal swampland. So as if hungry bears and gators and poisonous snakes all aren’t enough to keep the group on their toes, they quickly learn that they are not alone in the woods. Because as we all know, you can’t have a group go out in the woods in a horror movie to study or have sex without inbred cannibals lurking about waiting to stock up on food for the winter. See how tough college life can be when you stay sober AND don’t study for your tests?

RAMBLINGS:
I’ll be honest up front here – trying to find the correct information on this flick was harder than deciphering Ozzy Osbourne’s babbling interviews. Seems that a couple of years ago, another entirely different film company made a somewhat similar survival movie premise while also using this film’s same swamp as the background for their flick, as well as having the same DISMAL title, only they used a survivalist who wanted to stay hidden as their main antagonist instead of the cannibals found herein. Fortunately for me, I hadn’t heard of nor watched the DISMAL from a couple of years ago (although I just might now, to satisfy my own curiosity), so the confusion ended there, as far as you know.

I’ll also be honest in saying that while you can take a group of teens or college kids or whatever, throw them in the (insert location here – swamp, woods, desert, etc) and force them to either work together or screw each other over to survive, and I will eat that up like Professor Sherman Klump at a free buffet. Even though most of them wind up not being worth the film they’re shot on lately, we also get the WRONG TURN series, which in my own humble opinion is now 3 for 3 in the kickass backwoods inbred hillbilly cannibal survival movie subgenre. DISMAL, Version 2009, falls somewhere in the middle, depending on what mood and frame of mind you’re in when you watch it.

I have no complaints with the acting – Bill Oberst Jr was actually funny as hell as Ranger Dale; Lydia Chandler made this her first film role that I could find on the interweb, and I wound up being very impressed with her performance as far as convincing me of the ordeal she was going through. Plus, yes, she’s smoking hot – I have a thing for brunettes lately – and she can do the “freak-out” scream better than anyone I’ve seen on screen in recent years. Looking forward to more from her! Tim Morris as Curt, the teacher’s assistant leading the trip, pulled off the shy dude with a crush on his student thing convincingly, but towards the end when forced to come out of his shell got a little too much like McConaughey in TCM: A NEW GENERATION or Cage in the god-awful WICKER MAN remake for my tastes, but still a good actor.

Director King handled the transitions between gore, sex, camp (both the funny kind, and the tent-related kind) with ease. Although I still have no clue, and if someday given the opportunity to ask him in person, you know I will, why the filmmakers chose to use such blatantly cheap and cheesy looking CGI for a couple of the key gory kill scenes when one would think that practical FX would not only look better on film, but be cheaper as well. Instead those scenes came across as something you’d catch in LAKE PLACID 2 or SUPERGATOR, and took me out of the movie while scratching my head and thinking, “What the….??”

LAST WORDS:
Ok, bottom line – I enjoyed the hell out of DISMAL, Version 2009, but not everyone will. It really brings nothing new to the table that you haven’t seen many, many times before in this type of horror movie, and while it looks like for the most part they were out to make a serious horror movie, there’s still a lot of fun to be had with it…inventive & bloody kills, gorgeous female nakedness, intentionally (and sometimes probably not so intentionally) funny gags and dialogue, twists that I figured out early on but still enjoyed the ride anyway, and for some reason that I still don’t get, cheesy CGI thrown in there in some places to boot. And let the record show that yes, I was totally wide awake and sober while watching this…for me, DISMAL falls into the same category as other flicks in the last year that I’ve enjoyed that it seems most others haven’t, like PUNISHER: WAR ZONE or STREET FIGHTER: THE LEGEND OF CHUN-LI, which means – far from perfect, yet if you’re in the right mood will strike all the right chords with you like it did with me, and you’ll enjoy a fun & brainless ride. 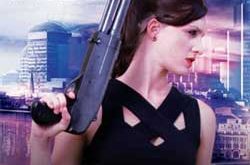 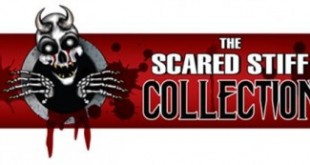