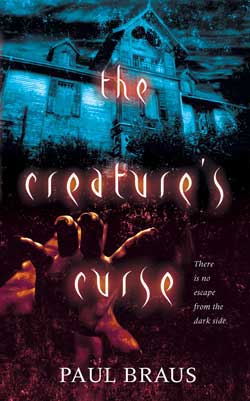 (Nyack, NY: December 3, 2010) The Creature’s Curse, the debut novel by Paul Braus, has received positive reviews within the horror industry, including write-ups in Horror Fiction Review and Hellnotes magazines.

The Creature’s Curse, (212 pages; paperback; available on Amazon.com, BarnesandNoble.com and select retailers, SRP $9.99) published by River East Press, tells the story of Abigail Merriweather, a troubled woman who wears a pewter medallion necklace originally worn by an ancestor accused of witchcraft and executed in Salem, Massachusetts in 1694. Havoc surrounds Abigail and, as the title promises, there is a creature involved. Vicious and seeking vengeance, the creature maims and murders numerous victims. The reader learns there is a link between Abigail, the medallion and the creature, and the mystery surrounding this connection gradually unfolds as the book progresses. Set primarily in New England, the story’s plot follows characters from Manhattan to Maine and the Berkshires.

According to Horror Fiction Review: “The Creature’s Curse is chock-full of witchcraft and mental illness: a great combination for horror. What ultimately happens is surprising, and that is the mark of a good book. [The Creature’s Curse] keeps you guessing.” 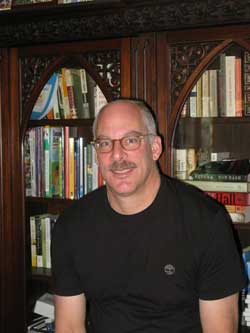 According to Hellnotes: “There’s a Jekyll and Hyde dynamic in author Paul Braus’s prose. This tale of witchcraft’s power and ensuing corruption [features] in-the-face-violence, but [also] includes sequences of subdued psychological insight. The writer mostly succeeds in having it both ways: from monstrous ultra violence to quiet observations of human frailties.”

“The Creature’s Curse is a horror story wrapped within a mystery,” author Paul Braus said. “There are two parallel stories taking place. The creature’s murders are ongoing and being investigated and there is a flashback 20 years earlier as we are introduced to the courting lovers Abigail and Eldon. Readers sense that the two stories are related, but the nature of the connection is unclear. As the book progresses, the stories merge and various mysteries are resolved.”

Braus, a former high school English teacher, cited the classic Arthur Miller play The Crucible as an influence: “I named my protagonist/antagonist Abigail – after Abigail Williams, the evil ingénue in Miller’s play. Also, I refer to the Salem witch trials frequently in the book and utilize Miller’s theme of persecution of the innocent. I do, however, offer a different perspective on witches and witchcraft: while Miller’s work rests on the premise that witchcraft may or may or not be present in Salem, in my story, witchcraft is absolutely for real.”

The creature is lurking in his lair near the creepy house at the end of Buck Tree Road. Locals know the brutal history of this house – but some are so curious they cannot stay away. Meanwhile, Abigail Merriweather is a fetching recent college grad who begins a passionate but stormy courtship with the handsome Eldon Bailey. Both of the young lovers, however, harbor dark and shocking secrets in their past – secrets that will prove to be damaging and perhaps even deadly.

One of Abigail’s most prized possessions is the distinctive-looking pewter medallion she wears around her neck. First worn by Abigail’s distant relative, a woman executed for alleged witchcraft in Salem, Massachusetts in 1694, the medallion has become an odd and insistent presence in Abigail’s life. As more victims fall prey to the creature, locals wonder when and how the deadly attacks can be stopped. But what is the connection between the ancient amulet, the creature and the horrible history of the house at the end of Buck Tree Road? And can anyone really feel safe with the creature poised to strike again?

A former journalist and inner city high school English teacher, Paul Braus is a state-certified Emergency Medical Technician and volunteers for Nyack Community Ambulance Corps. The author is a resident of Nyack, NY.