A new poster for D.J. Caruso’s alien epic I AM NUMBER FOUR was released by Dreamworks. In addition to the new artwork, a new trailer for the film is slated to be released sometime in December. I AM NUMBER FOUR stars, Alex Pettyfer, Timothy Olyphant and Dianna Agron and opens in theaters nationwide on February 18, 2011.

SYNOPSIS:
“John is an extraordinary teen, masking his true identity and passing as a typical high school student to elude a deadly enemy seeking to destroy him. Three like him have already been killed … he is Number Four.”

Tags I am Number Four 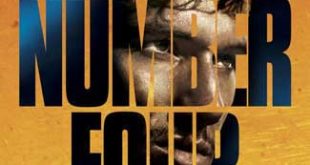 Second Poster for I AM NUMBER FOUR – and stills