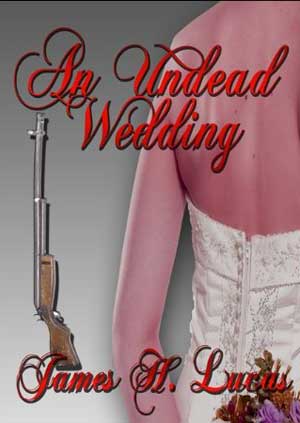 An Undead Wedding is a totally unabashed zombie comedy. Now, don’t get me wrong there is piles and piles of gore and violence as is required in zombie fiction. The difference is even the gore and death is there to make you laugh. There is chuckles, giggles, and guffaws in what I would call one wild ride. Stereotypes are poked at and teased from the opening page right on through to the laugh out loud climax, so if you are sensitive to humor that leaves no group of humans unscathed you have been warned. If you do have a sense of humor and a taste for good zombie action then pick this little number out and commence laughter.

The story may have zombies stumbling around but the cause of the dead rising is of absolutely no importance. This book is about a wedding (hence the title, An Undead Wedding) that just so happens to be scheduled for the day the dead just so happen to start gorging on the flesh of the living. The bride of said wedding is named Cheryl Hodgson; a five foot ten two hundred and twenty five pound African-American that has been waiting her whole life for the wedding of her dreams. Her fiancé, Greg Nelson, is trapped across town from the church where the wedding is supposed to be held.

Cheryl and her bridesmaids spend the morning of the wedding avoiding television and radio, as they are bad luck according to Cheryl’s paranoid and half crazy aunts. They arrive at the church and realize that all is not normal (not by a long shot). Greg’s best man and little buddy, Des, meets them at the church and does his best to explain the madness of the world around them. I had better tell you about Des, this little guy is a comic geek living the comic geek dream (working at a comic shop) and he spends his time doing all things nerd. He is also one of the quickest, smartest, and funniest characters I’ve read in quite a while.

Des, Cheryl, and her bridesmaids find Father Romero (because any good zombie apocalypse or wedding novel needs at least one) hiding in a closet from a few zombies that tried to munch him. Upon seeing the scared priest Cheryl’s spirit soars and she realizes she can still have her wedding. It’s right about here that the group is first besieged by the flesh hungry walking dead. I am drawn to zombie novels because of their action and for me the more brutal and violent the better. After the first fight, I won’t spoil it for you but I’ll say wedding gifts can make excellent weapons, I was anticipating the attack scenes for their ability to make me laugh the way I do when old people fall down. The four race across the town, now fully erupted into chaos, to save the wedding (and Greg by default). Along the way they run into zombies of all sorts, some still living totally insane religious zealots intent on feeding the zombies the scattered and scared living, a military unit struggling to control the chaos by grouping the living in a stadium with dwindling supplies and crossword puzzles, and lastly a hotel surrounded by a massive horde of growling moaning zombies.

Des and Cheryl are easily identifiable as the main characters but An Undead Wedding has a great cast of supporting characters. Greg (slimy p*rn addicted fiancé), Father Romero (devoted but wiseass priest), Joe Hodgson (Cheryl’s crazy rich dad), Yvonne (Cheryl’s just plain crazy mom), Sergeant Harry Pepper (hardworking and dedicated army man and life time sergeant) are just a few of the wild many. Even the zombies are characters and they communicate thanks to gifted translation by Mr. Lucas.

The humor in An Undead Wedding ranges from puns of all sorts to running gags that make you chuckle more and more the longer they go to laugh out loud moments in every chapter. In my eyes it is defiantly worth the read when you are in the mood for something equal parts funny, silly, and violent. 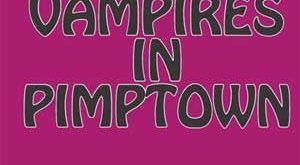