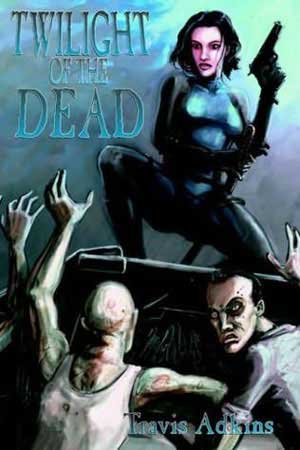 “She Brought up her own arm up to her face to study it under the sunlight. It was blue and cold. Frantically, she pressed her palms to her cheeks and felt that they, too, were cold. She looked down at herself to se her clothes ripped to shreds, maggoty decaying skin showing through. Finally she stopped everything and stood completely still, hoping and praying to feel something in her chest. Her heart should have been beating at a frantic adrenaline-pumping pace, but instead it was utterly dormant. She felt nothing.”

If you’ve been following my previous reviews, which I know you all have been, then you’ve seen me rail against the proliferation of Zombie Fiction that has overrun the market. You’ve also seen me grudgingly admit to the quality of some of the works. Now, You get to see me in full-out convert mode. That’s right, kids, I’ve come full circle into being a total Z-head again. That’s not to say that I’ve lost all sense of quality when regarding the words of the walking dead, but I have to admit that there is apparently a rather large amount of the good stuff out there.

Travis Adkins’ Twilight of the Dead is certainly among those.

So here we go again… the world has been overrun by dead people that refuse to stay dead and like to munchy munchy on the itchy…tasty flesh of the warm hoomanz. Nothing new there. Society and civilization have collapsed. Nothing new there. We see everything through the eyes of an elite, uber-trained Z-death machine. It’s either that, or an average, talentless schlep it seems. Nothing new there.

While none of this is particularly mold-breaking, things do get a tad more interesting when we see that Travis is not at all interested in the day by day breakdown of society or even the initial steps of survival. Those details are given only cursory attention so that he can get us into a small community that has managed to set up a sustainable refuge from the rotting plague, then we move to five years after that. The interest here is how we manage to continue to survive and even get comfortable amidst our own extinction. This is life for people that have carved a fairly comfortable niche and seem to be largely okay with what they have.

At least until the first new person to show up in two years walks in the front gate proclaiming to have created a cure for those who have been recently infected. Of course, it is located a bit outside of their refuge and of course, this is when the sh*t hits the fan.

Don’t expect surprises. Don’t expect daring or remotely challenging writing. Don’t expect big, life altering questions to be brought up. Don’t expect a radically altered view of post-Romero Zombie mythology. The few minor alterations, all related to a twist that you should see coming damn near a hundred pages away, seem to have their roots in David Wellington’s Monster… series.

Then why the hell did I say this was one of the good ones? Simple. It’s a fast, lean, mean and satisfyingly entertaining ride through an apocalypse that we somehow managed to live through. The characters are likable, the dialogue is natural, blood and brains flow freely. Simple. Roaring down the road in an opened up GTO isn’t rocket science but it sure is fun.

Plus, as an added value, three extra short stories are included detailing some survival tales of the expected breakdown period. 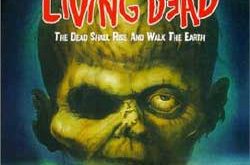