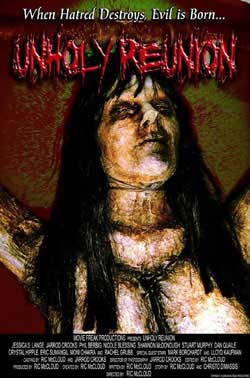 Twenty years ago Adkov Telmig was sentenced to life in prison without the possibility for parole for killing his wife, her lover, and countless others. That was the last society ever saw of him… Until now. Fast forward to the present day. State Supreme Court Justice Daniel Davis and his wife Julie have just celebrated the law school graduation of their daughter Rebecca. Now only the State Bar exam stands between her and a promising law career, working as a prosecutor just as her father did. The Davis’ leave for the Capitol for an important case, leaving their daughter home to to finish the graduation celebration with her friends. But this party is soon about to turn into a nightmare. Adkov Telmig has escaped from prison and is on a direct course to the rural Davis home. Rebecca soon ends up face to face with the killer, and discovers why he came for her. Rebecca is Adkov’s real-life daughter, adopted twenty years ago by Daniel Davis when she was too young to remember. With Rebecca’s life turned upside down, she must decide whether to save her friends or save herself

I received a screener the other day from a low budget production called “Unholy Reunion”. This film was a new independent produced, written and directed by newcomer Ric McCloud. The film also stars alot of first time actors, so its safe to say it was a debut release for alot of folks. In most of these independents, you really have to grade the release on a diff scale than say a major studio offering. Why? Because alot of the work is done by a handful of folks with limited funds and equipment. This should be a given but in many cases that fact is overlooked. 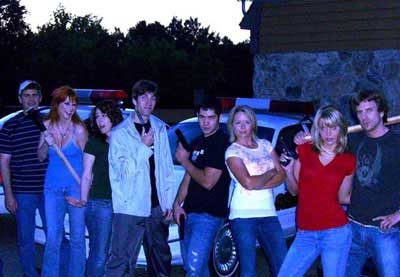 Now on to the story:
Rebecca retuning from law school has a get together with friends at her folks place to celebrate. While her parents have to leave to take care of a case, the party proceeds as they drink the night away. Coincidentally that very night a killer named Adkov Telmig who was sentenced 20 years ago for various serial types murder involving the painting of images on flesh escapes from prison. Of course the killer shoots straight over to the Davis house and starts taking out victims one by one. This is the basis of the story mixed in with a few surprises.

Now the whole production itself was mixed with some elements I liked and some not so much. But I prefer to be honest rather than vague.

The story itself worked for the film. I wouldn’t say the idea was anything new and is pretty in line with most slasher style films. I don’t think this comment though should come as a surprise. 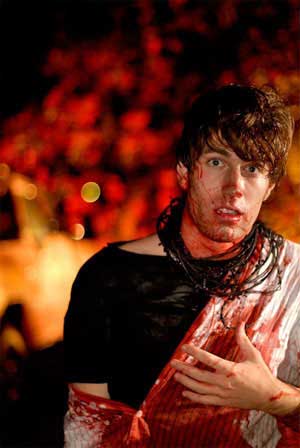 Now the few elements that disappointed me were sections without any background ambience or scoring which makes the scene feel a bit sterile. Another notice was the timing of the lines. They seemed a bit forced at first and sort of warmed up as the film progressed. This is usually the case with actors who might be new to a production and working together. Also the kill scenes went from quick to scenes that were more drawn out. I liked the barbell to head scene which played out real nicely as well as the axe to head cut. I would of suggested though to pull back on the reveal of the killer and waited till later into he film. As the mystery of who is he comes a little to quick for most thriller type scenarios. 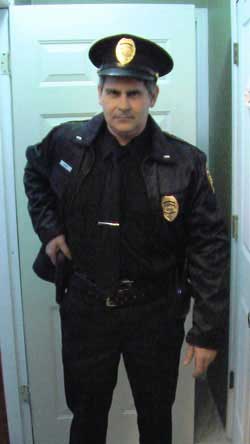 Performances by newcomers Jessica S. Lange, Nicole Blessing, Jarrod Crooks, and Phil Berbig were a done nicely for this first effort. In there next release I’d like to see a higher comfort level in there line reciting’s. The scratchy film overlay was unnecessary in certain sections but I guess that is just a style preference.

The interesting thing about this film was that the fight scenes were done “real” well. In fact to the point that either they were coordinated or performed by trained professionals. If not that, then at least maybe some training in the martial arts. As they stood out over the production. My guess is the actor (Jarrod Crooks ) who plays Scott has some background in this area, because most actors just aren’t that agile. 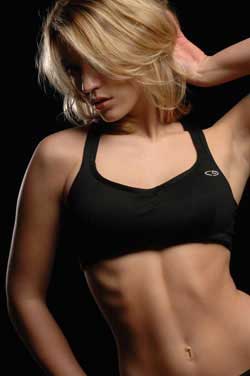 The film also comes equipped with some story twists and in this case an ending that I really liked!

Now onto final words:
Overall Ric did a good job at his first time out. I’m guessing that each production will get smoother and with it a knack for on screen directing calls. I like the fact that independents are going for it rather than waiting till they get a lucky break. Ric worked really well with the budget he had to work with and has a real knack for the the camera eye. I’m going to go a bit further and say Ric has a great dynamic for action scenes and editing of them. More so than I’ve seen in any productions on this level. 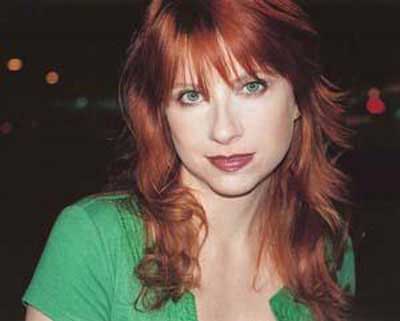 Also a special mention out to one our Horror Vamps “Rachel Grubbs” who makes a cameo appearance. Nice job all!