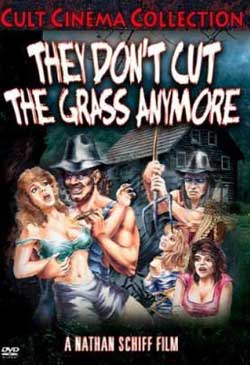 It’s country folk versus city slickers when homicidal Texas lawn trimmers Billy Buck and Jacob head to the wilds of the Long Island suburbs to ply their trade. But these resourceful good ol’ boys don’t just use lawnmowers for grass; they find that people make for good mowing’, too! Soon those green, immaculate lawns are dripping red with the blood of unsuspecting yuppies, and you might be next! Complete with ghoulish special effects and a nasty twist ending, here’s another outrageous mixture of over-the-top gore and sick laughs from underground Yankee filmmaker Nathan Schiff. You’ll never look at your weed whacker the same way again

Directed by Nathan Schiff, if you are not familiar with his films, he has gained somewhat of a nasty reputation for creating extremely gory pieces with his most recent being the short “Abracadaver! “. A few of his films are available on Amazon with this one being re released in 2004, but on the most part his works are hard to come by.

In any case, Don’t Cut the Grass Anymore is shot in old gore mode with on hand props and some quick gore gags that are easily revealed in some of the shots. For instance the film begins on a couple who are enjoying the day making out on their lawn. Jacob, brother to Billy Buck proceeds to walk over and hack them to death. The scene is pretty straight forward exploitation gore though the gag is somewhat ruined by some obvious props that aren’t too cleverly revealed. A board underneath the couples shirts moves around as he hacks into the fake chest cavity and then finishes the scene off with a lengthy peel the skull of its flesh sequence. For cheap gore its still pretty brutal especially for the time it came out. Jacob sports a rather eerie face which I couldn’t figure out if it was supposed to be a mask or not due to his chin never moving. In fact something about his look reminded me a bit of that Indian mask that they wore in the film “Body Double”

The film is meant to be somewhat of a society commentary on those who have become dolls, and are easily manipulated with the ways of the world. A cut back to a bloody Barbie doll, occupies the commentary which was somewhat hard to make out but made its point. It’s clear pretty early on, that the movie is also meant to be a dark ….well extremely dark gore comedy horror film that has the 2 brothers cutting and tearing into the locals with the ease of a sick hobby fueled by there backwoods mentality. Though as odd as they come across there really isn’t much of a story here. 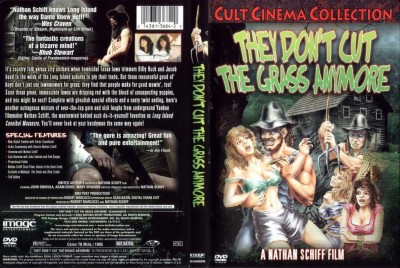 The locals are terrorized as they pretty much do as they please with guns, saws and blades by attacking folks in plain daylight. The target of course is yuppies and for no apparent reason than to slowly rip them apart. When I say slow, I’m being literal and it kind of drags the gags out way too much. Yep, there gory as hell, gross and over the top but the shots are long as if they were playing with the bodies as much as they are disemboweling them. There really isn’t much build up and the victims are killed quickly and disremembered slowly. One shot has then sawing off each of a young girls limbs, and then poking out her face. Another is them lighting a rather large firecracker in ones mouth and blowing her face off. Though as extreme as this sounds I couldn’t hardly stay awake thru most of it. So if you like gore for gore’s sake then have at it. The movie is shot on 16MM and uses drawn cards for credits. The 2 brothers are dumb as all hell and take the role of backwoods mentality pretty literal. I could of stood for more comedy form them to break things up a bit as they are somewhat likeable. 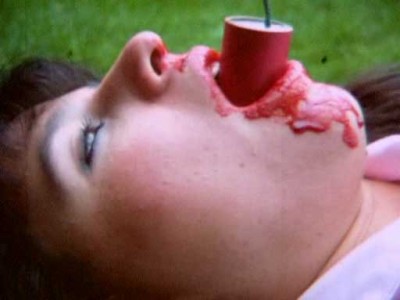 When all is said and done, the gore fx are still pretty sick but they lie within a story that has no story. I plan on checking out some of the directors other films to see what improvements he may have made over the years. Though I do end this review with saying that this falls within one of the sickest films created, not the top…just one of them and doesn’t offer too much more. 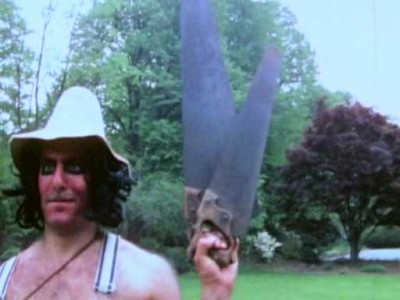 They Don’t cut the Grass Anymore! 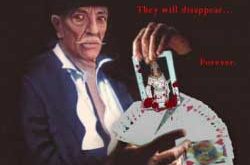 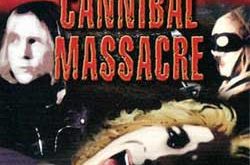