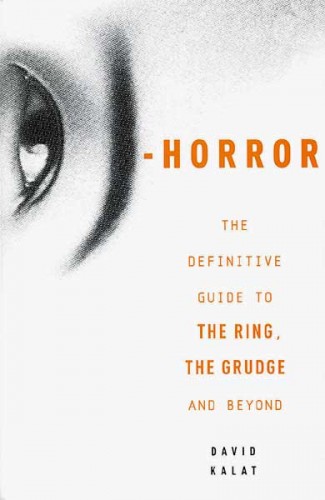 At long last an Asian horror book written for the consumers. Don’t get me wrong there are plenty of great Asians horror books on the market. However most of them are pretty heavy in the philosophical academic approaches which can be hard to read at times. Well I’ve often scratched my head and said how about all us asian horror movie watchers who just like to watch Asian horror films? How about something more on our level?

Look now further as J-Horror is just the book you’ve been waiting for. Now it should be clear that it doesn’t cover every horror film ever made. It’s purpose is the much smaller realm of the self named J-horror films. Namely these are films like Ring, Grudge, Dark Water and most films that involve scary ghostly pale skinned long haired vengeful ghosts. Or as the author so puts it…”Dead wet girls”. Whether that name strikes a chord or not its pretty close to the truth. But hey, with all the horror forum nonsense complaining about too many films with this premise and character, I for one still love them to death and find just about all of them much scarier than most US bound rentals.

J-Horror is properly defined for us who have lived under a rock. In case you decide to mix it with K-Horror that is. Really though these simple little aids are needed at times to get it all under wrap. I also appreciate that someone finally addressed the “long black hair” properly to those Americans such as I who wonder what the obsession with it is.

The purpose of the book and author Kalat is exactly that. For us who really dig these films. Talk about alot of “Ring”! the book does its best to really lay out the complexity of so many “Ring” films. And add to that the complexity of many of them having similar names, multiple names…….holy crap!

Ring, The ring, Ringu, Ring 2, Ring Two….and well you get the picture. /For clarity though a couple of them are the US remakes in case I didn’t mention that already. We get a pretty thorough breakdown of how the writers came of age into the Japan horror community and how the directors who quite frankly profess not really liking horror became noted for exactly that…..- creating great horror films. The names get a bit confused here and there but your given plenty of opportunity to take it in.

What else do I love about this book? How bout the simple fact that _ was kind enough to “BOLD” every film mention name. I can’t express how much easier it is on the eyes with that simple little addition. When your writing about “Ring” 50 times, the bold ness helps bring it all into focus.

In Kalat’s coverage of the Tomie series we get a firm overview of what to watch and what to avoid. Seeing that the franchise spawned 7-8 films, this is great aid I found. I remember attempting one of these and falling quickly to sleep. The problems that the series suffered are explained as well as the highpoints for viewers who want to just jump to the best of and get the gist. This one was a no brainer for me which prompted me to quickly jot down the recommended offerings rather than suffer the drone of the series. Further chaptesr dig into the several more J-horror buzz films. Of course the ever popular Grudge and its many offspring’s, with further looks into Suicide circle, One Missed Call, Tale of two sisters, Cure and many more. Grudge is covered pretty extensively from its humble beginnings to Hollywood mega-stardom. With it, a firm place as the 2nd most popular Asian – US crossover.

Kalat covers alot of the social culture that Japan is privy to that also helps to give adequate background to the notion of the dead wet girls and films of this style. Women of Japan who quite frankly carry the burden of the generations and growth of Japan are revealed as the work horses of the family who often find themselves subjecting the children to “latch-key” situations to help carry the load. The base of many of these films is explained through the issue that sees many children not adequately attended to with absent parents.

Kalat has a great understanding on the genre and never bores in his presentation. The film coverage titles that are pretty accessible with many of these easily obtained from Block buster shelves.The book is easy to read and is well researched. This one has quickly become my favorite Asian horror film book. highly recommended! 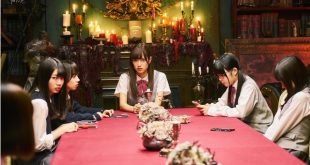