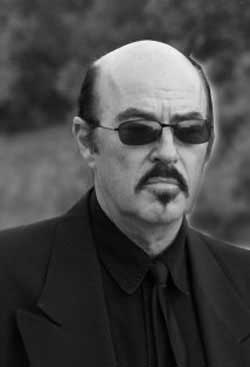 The Saint is back with another interview for my acolytes to read & enjoy (You better f*cking enjoy them, they’re hard work). Up to the plate this time is Reggie “Phantasm” Bannister. Read & Enjoy!!

TBS: I’m here with Reggie Bannister, who has appeared in many films but of course is known to us as one of the stars of Don Coscarelli’s seminal “Phantasm” film series. How are you today Mr. Bannister?

RB: It’s a pleasure to meet you. I’m doing really well. A little tired, We’ve been doing a lot of stuff, my wife & I. We have a little production company called Production Magic Inc. So we’ve been doing some producing this year, a lot of acting. A lot of great stories, there’s been like four pictures in the last year. One called “Primitive” where I play a Hypnotherapist. One called “Bloody Bloody Bible Camp” which we also co-produced. We started it in February & finished it this past May. I shot another one called “The Ghastly Love Of Johnny X” which I have on my t-shirt so I know you guys can’t see it but it’s a great movie. It’s actually a musical!

RB: Yup, it’s a musical. Will Keenan is in it, Paul Williams & Kevin McCarthy as well. It was his last movie, God rest his soul. It’s a great movie & it’s in post production right now. And last month we came back from Canada shooting a movie called “Abolition”, Very, very heavy movie. Apocalyptically heavy. So we’ve been very busy & in the meantime..ain’t we got fun? (laughing). Actually what we’ve been doing in the meantime is talking to you guys & trying to get the word out on our films. A picture called “Carnies” that we’ve been working on for four or five years. It finally hit distribution this week (Oct.12th). So check that out. Doug Jones is in the movie but without the heavy makeup that Guillermo DelToro always puts him in! There’s a couple of pictures making the festival rounds. We’re going to the Dallas Film festival next month with a movie called “Walking Distance” and Adrienne King is in that one. It was her first film since “Friday the 13th pt. 2” & she’s great in it. 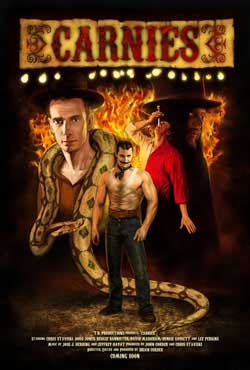 TBS: I just bought some wine from her!

RB: Isn’t that cool? She has her own line of wines now with that cool picture she painted as the labels on all of them (Note: Miss King is an accomplished artist & she painted the last scene of “Friday The 13th” to use as the label on all her wines. I’m speaking of the scene where she is in the canoe just before Jason pops out of the water & grabs her. It’s an awesome picture)!

RB: Then we have another picture making the festival rounds that just won Best Feature at the Coney Island Film Festival, not best Horror feature but Best Feature. We were totally blown away!

TBS: I’m from NY & I had no idea there even was a Coney Island Film Festival. What’s the name of the movie?

RB: It’s called “Satan Hates You”. It was shot in the Bronx by the way. Debbie Rochon is in it, Angus Scrimm is in it & Michael Berryman as well.

TBS: I’m a big fan of all of them. I haven’t seen Michael Berryman in a feature in awhile & I love him, he’s a really underrated actor in my opinion.

RB: He is awesome in this film. He’s a terrific actor & all of the actors in the movie are terrific. Larry Fessenden is in it as well!

TBS: Oh! He’s a really cool cat. And he does it all…act, write, produce & direct.

RB: Yeah, he’s really a great actor. Have you seen him in “I Sell The Dead”? He’s terrific in it.

TBS: I own that one. You’re right, he is terrific in it.

RB: So “Satan Hates You” is making the rounds all over the country right now. 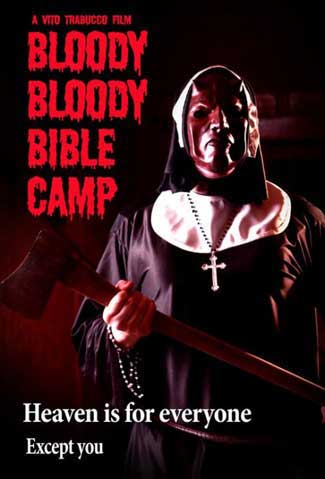 TBS: It’s so cool to be hearing this from you because when fans hear your name they automatically think “Phantasm” and I think it’s great to hear that there is so much more to you than the “Phantasm” series even though that series is no slouch to be attached to..

RB: What’s been great is that I’m an actor & over the years I’ve been able to play so many varied parts. In “Primitive” I’m a Hypnotherapist who accidentally unleashes the Id in one of my clients & it becomes a creature, and I have to put the genie back in the bottle so to speak and that was pretty cool. In “Bloody Bloody Bible Camp” I play a priest…Father Richard Cummings (long pause, then laughter) & my church is The Church Of St. Judas. So I’m taking all of these kids to this bible camp but I’m not telling them that 7 yrs. prior to our trip there was a massacre there. 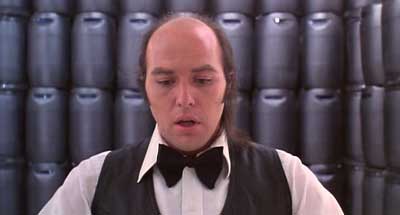 TBS: Well, that happens in camps every now & then….

RB: Exactly! And the killer’s name is Sister Mary Choppers. She wears a nun’s habit & she has this devil’s mask on. My wife Gigi is in the movie & she plays an insane nun. Do you know who Tim Sullivan is?

RB: Well he plays Sister Choppers! So we have a transvestite serial killer. Are you digging this?

RB: And Jesus Christ is in the movie as well.

RB: Well we couldn’t get the real Jesus this time around so we got Ron Jeremy to play him instead!

TBS: He’d be my first choice if I couldn’t get the real Jesus…

RB: The trailer is online so check that out. I also wrote some of the music in it as well. You can follow me at reggiebannister.com too.

TBS: Let me ask you, did you make any films before “Phantasm”?

RB: Yeah I did 2 films with Don before “Phantasm”. My first film was “Jim, The World’s greatest” & that was Angus’ first film with Don as well. Then we did a picture called “Kenny & Company” which is available on DVD & Michael Baldwin is in that one. I wrote a lot of music for “Kenny…”. I play Michael’s teacher actually. And then the 3rd film we did together was “Phantasm”. 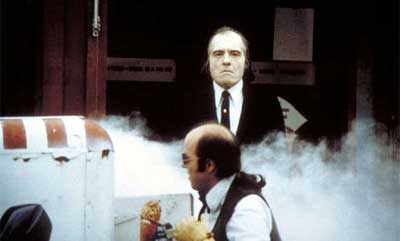 TBS: And then “The Ball” literally never stopped rolling from that point on!

RB: Then life changed & I did a lot of horror movies after that & then I stopped & worked on my music for a while & then I focused on raising my daughter Ellen. From there was a period of time when, like any responsible parent would do to raise his child, I took day jobs & worked on a film when I could every so often. Then Gigi & I decided to take the bull by the horns & I left my day job & we started up our production company 7 we haven’t looked back since. It’s working out well. This is our day job now so we have to stay on top of it!

TBS: Do you still keep in touch with Coscarelli?

TBS: So is it ever going to happen? Everyone was talking about Roger Avary’s epic “Phantasm” script…

RB: Yeah, & it was epic. But it was too expensive to film & it was all over the internet once word of it got out. There was another script that Steve Romano & Don wrote that was really good & could’ve been filmed for much less than Roger’s script but no action on that one either. And then a few years went by & we got together & we shot a few scenes. A few ideas we had that we were messing around with but no, I have no new news on any new “Phantasm” film.

TBS: That’s a shame because it’s got such a huge fan base & it would be great if it could be closed out once & for all.

RB: I hope that we’ll do one in the next year or so but I don’t think you can ever close out “Phantasm”. Everybody wants closure but it couldn’t happen unless something happened to a certain character & I’m not saying which one but I guess it could happen. But then again that could just open up another door….maybe in 20 yrs. somebody will remake “Phantasm”.

TBS: I would hate to see that happen. Who could play The Tall Man but Angus Scrimm?

RB: Don owns the property. He wouldn’t let anyone mess up what he created. He has too much integrity to let that happen. As a matter of fact it killed him making “Phantasm 2” because the studio wanted to recast the entire film! He had to fight for all of us to return.

TBS: Is it true that Brad Pitt auditioned for the part that James Legros played?

RB: Yeah, there is a tape out there somewhere. An audition tape where you see an empty chair & then all of a sudden someone sits in it & greets everyone and then you realize it’s Brad Pitt sitting down to audition!

TBS: It would’ve been interesting to see that happen. Not to put down LeGros but if Pitt was in it maybe there would be another “Phantasm” film made considering what Pitt went on to become.

RB: It would’ve been interesting for sure….

TBS: Thanks for your time Reggie, It’s been great seeing you & talking to you as well. We all wish you & your wife great success with your film slate & your production company.

RB: Thanks! Look for the trailers for my movies on youtube. They’re all on there somewhere. My fans are gonna love them!

TBS: I’m sure we will. Take care Brother.

RB: Thanks for stopping by to talk to me! Take care…