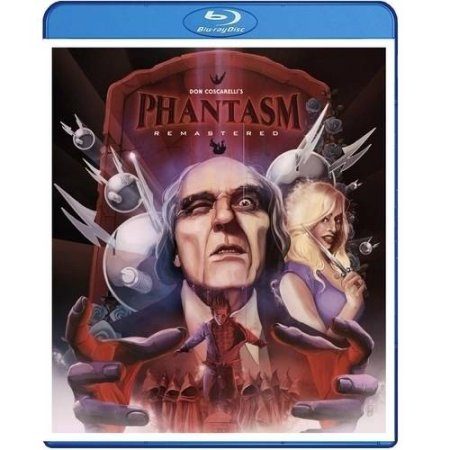 Often considered one of the icons of 1970s independent horror cinema, director Don Coscarelli’s classic nail-biter follows two boys who, in pursuit of an odd-looking grave robber, may wind up as the newest members of a freshly dead slave race. Jody (Bill Thornbury) and Mike (A. Michael Baldwin) discover that the creature (Angus Scrimm) stealing cadavers walks the earth but lives in the afterworld — and that it needs more corpses.

If this one doesn’t scare you, you’re already dead!

After the death of his parents , teenager Mike Pearson suffers from issues of being abandoned by his older brother and guardian Jody. Young Mike after witnessing the funeral director only known as ” The Tall Man” single handily loads the coffin of their now dead friend Tommy into a hearse , decides it is time to investigate the Mourningside Cemetery. After a run in with the “Sphere” and chopping off the fingers of the Tall Man which he takes home for evidence and later turns into a mutant bug , Mike heads home to convince his brother and their friend ( the locale ice cream man ) Reggie that something strange is going on . 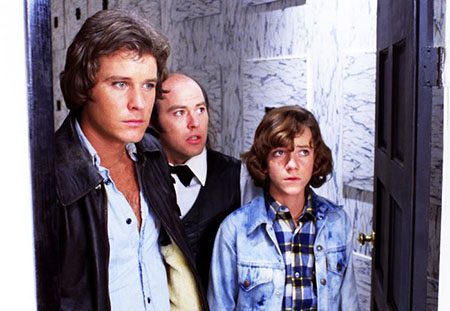 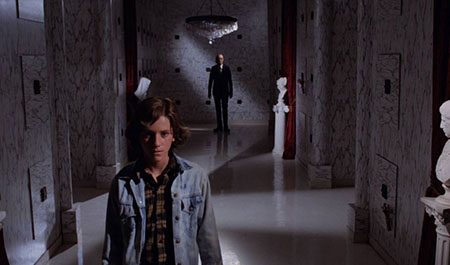 I personally find it hard to believe that a young man in his early 20’s could come up with such an originally bizarre and yet still terrifying story and then turn around and serve as writer , director , producer , cinematographer and editor of the film ……Well unless that 20 something young man is Don Coscarelli and his horror / sci fi cult classic Phantasm. In my opinion Phantasm is still one of the most underrated horror movies in the history of cinema. In the opening scene you are lead to believe you are about to watch another 70’s slasher rip off of Halloween and before you know it you find yourself in a crazy twisting story about an alien mortician that is stealing corpses and midgetizing them as slaves to take back to his home in an alternative universe. 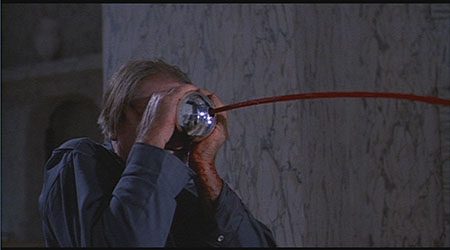 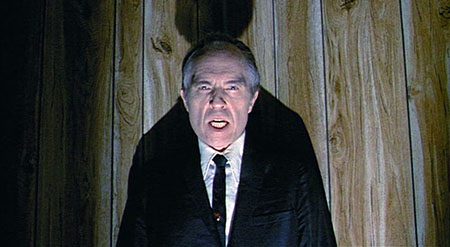 Shot on a low budget with very simple special effects Phantasm gives us the unforgettable sentinel also known as the sphere . Even though these 4″ spheres could only see in red and black they come complete with retractable blades and a cranium bit. These were the Tall Mans watchdogs , his all seeing eyes that had only one purpose…Death and Destruction to anyone in it’s path . These balls of death are the reason the movie was originally given an X rating which was reduced to a R after some help from a Los Angles Times film critic The sentinels are as important to Phantasm as the Hockey Mask is to Jason.

And then we have our villain The Tall Man played by Angus Scrimm. It is the alien in him that flows yellow blood through his veins not to mention his telekinetic powers, his ability to regenerate and his super human strength . Although he is mainly calm , cool and collective you can’t help but think of him as the Grim Reaper himself. Death is all around us everyday . On TV , in the news , everywhere you turn it is inescapable just like the Tall Man. He is lurking in every corner and appears out of nowhere when not expected. I think this element of death in real life and the Tall Man in the movie is what makes it so terrifying and gives it the ability to stand the test of time even after 30 years. 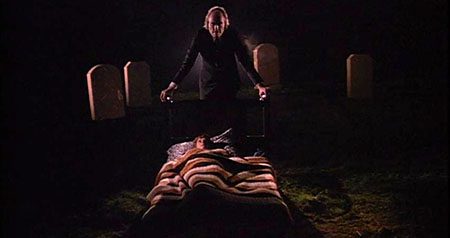 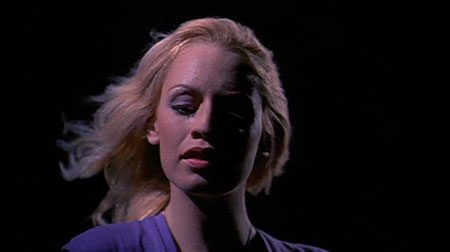 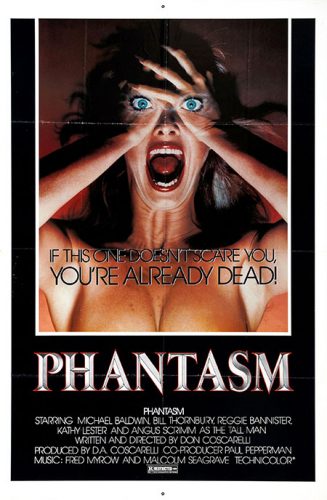 And my favorite part of the film ( besides that 71 Cuda ) is the theme music. It is as much a masterpiece as the film itself . Fred Myrow and Malcolm Seagrave composed a soundtrack that gives an extra eeriness and effectively enhances the dark atmosphere ( sphere how ironic ) of the movie .

The only thing i didn’t like was the midget minions in the film. I love the idea behind them but i just can’t get past the uncanny resemblance of the Jawa from Star Wars. I am not sure which movie had the idea first but they both were being made at about the same time. Maybe they should have worn black robes instead of the brown ones. 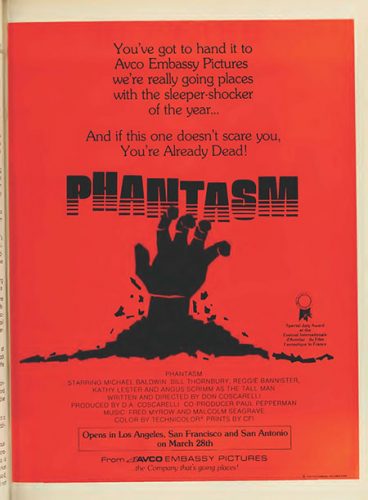 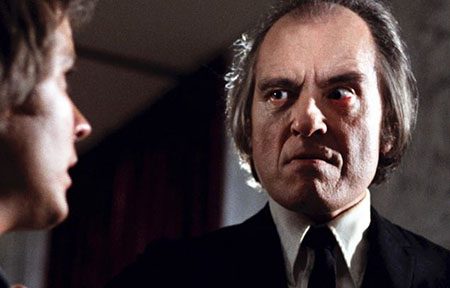 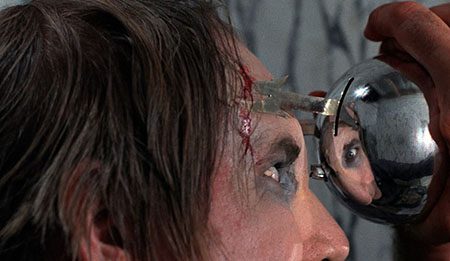 Even though Phantasm may not be my favorite horror film , It definitely is in my top ten . If your looking for a 70’s film that was way ahead of its time with everything you could ask for in a horror movie….The alien Tall Man , Deadly Flying Spheres , Gates to Alternate Planes , The Awesome 71 Cuda and can’t forget those wanna be Jawa Midget Minions which are all held together by a bizarre yet interesting plot , low camera angles , obscure framing , old school classic FX ( sorry kids no CGI in this one ) and an awesome soundtrack , Then this ones for you.

Note: This special re-mastered version of Phantasm is the cleanest most vivid copy I’ve seen to date. Those who already own this treasured horror classic should consider replacing them with this new re-release perfect for high def viewing and  that much needed extra clarity. Those who haven’t have a perfect reason to finally grab this film on bluray.

Phantasm (1979) Remastered is now available on bluray per Wellgo USA 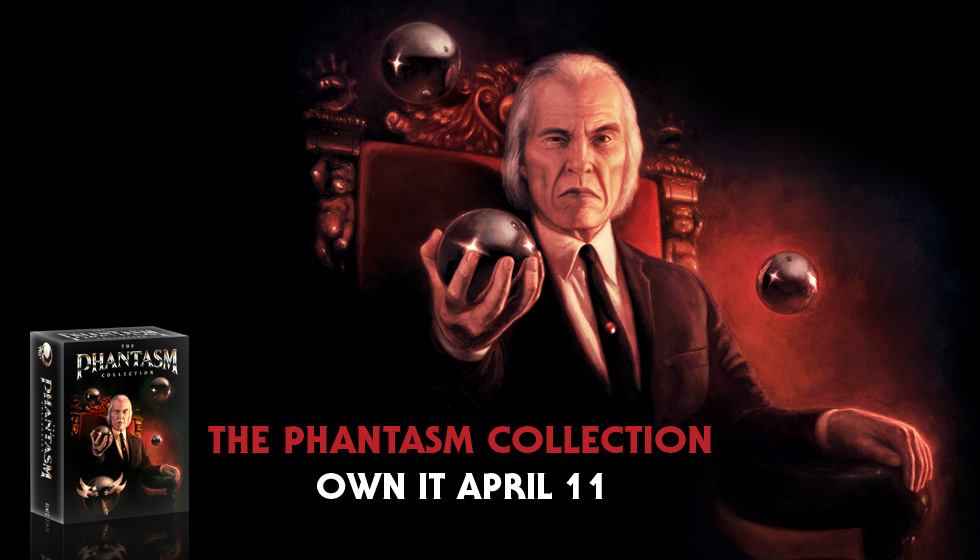