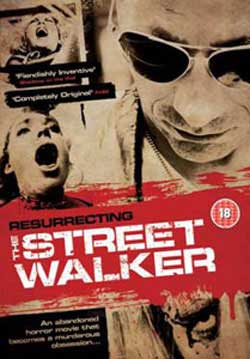 An ambitious young filmmaker discovers an abandoned and incomplete horror movie from the 1980s and decides to finish it – big mistake.

Resurrecting The Streetwalker begins as such: Young James Parker is bound and determined (some would even say desperate) to make it big in the film industry and leave his mark on all of us movie geeks around the globe. But just like everyone else out there with Cadillac Dreams, he must first pay his dues, and this is where we first meet him – working as an unpaid runner (intern/slave) for a local British production company. James just also happens to have his best mate Marcus – a documentary director – chronicling his exploits, daily duties, ideas, problems with Daddy, and hints of genius as well as obsessive-compulsive madness, on tape. 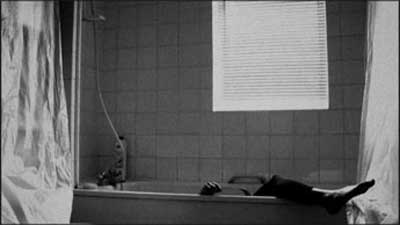 While doing inventory in the company’s basement vaults one day, he comes across a reel of a strange an unfinished horror movie from the 1980s called THE STREET WALKER, and decides that’s his ticket into being a paid filmmaker – finish the unfinished – and release it unto the world to prove his salt with the boss. In the real world for a real intern, that would be just the ticket and everything would no doubt go perfectly according to plan. Thankfully for us though, this is a horror flick…

First, people, I have something I need to get off my chest…you may or may not know this about me, but I have a very critical stance when it comes to the “mockumentary” sub-genre of horror – no matter how many times I tried, I could not get “behind” BEHIND THE MASK…didn’t do a thing for me. BRUTAL MASSACRE almost did something for me, but in the end it also left me feeling empty inside. There are a few others out there as well that I won’t take time to mention right now, but let’s just say that the long and short of it is that it doesn’t matter what kind of mood I’m in when I watch one of those styles of movies, it’s either good and I’m going to sing its praises, or it’s going to leave me with that hollow, “meh” feeling and I’m going to forget all about it a couple of days later.

But then again, there are very, very few movies from our friends across the pond in the UK that haven’t left me begging for more over the last decade, whether it be straight horror or scattered with huge comedy set pieces in between the carnage, low-budget indie fare or huge-budgeted theatrical affairs. STREET WALKER is no exception…for the most part it is played as straight as they come, with only a few sprinkles of comic relief here and there, and honestly – I LOVED this flick – it hit all the right notes with me from the struggling beginning to James’ big discovery to his trying to convince everyone else that he’s on the right track with this to the slow and steady descent into over-obsessive madness, and I hung on every word in every scene. 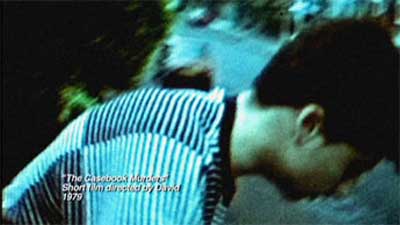 On the tiny bit of research I’ve done thus far, I cannot find it available on any of our online retailers as of yet so you can snatch this sucker up as soon as possible, so we may have to wait a bit longer unless I’m missing something. But, the UK’s Amazon site has it for sale as we speak, so region-free player owners are good to go!

If I have one complaint at all about this flick, it’s that I had the ending figured out pretty early on. But, I had the same complaint with DEAD END a few years ago and it doesn’t stop me from enjoying that one at least twice a year (especially around Christmas), so the old adage I’ve been preaching for years that held up with that one holds up with RESURRECTING THE STREET WALKER – if the movie is done right, tis not about the final destination, but all about the ride. And trust me folks, “Resurrecting The Streetwalker ” is one STREET WALKER you’ll love to ride on – only this time, you won’t have to worry about her pulling a badge on you and having the Vice Squad rain down on your ass, or explaining a sudden case of Herpes to your wife. 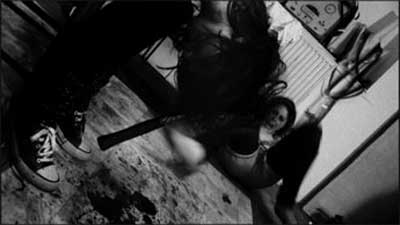