New research determines the largest black hole ever measured, and I’m not talkin’ bout your mama. In the center of the M87 galaxy this black hole weighs 6.4 billion times our Sun’s mass. That’s like two times as big as astronomers once thought.

Here’s a chart that compares a black hole and a bulge.

I don’t know, why does this all sound filthy to me?

This isn’t Walt Disney’s Black Hole. Actually, I think I’d like to see a remake of The Black Hole but something that really scares the sh*t out of you and requires an R rating.

I guess it would be more of a re-imaging if I’m going to be up to date with my terminology.

Astronomy. a theoretical massive object, formed at the beginning of the universe or by the gravitational collapse of a star exploding as a supernova, whose gravitational field is so intense that no electromagnetic radiation can escape. 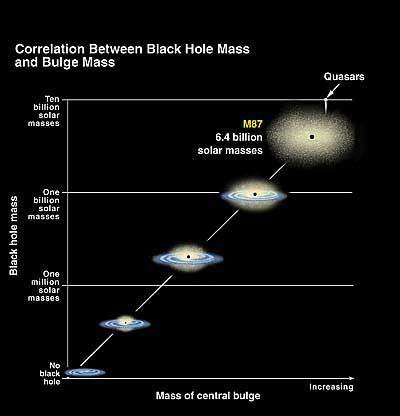 THE HOUSE OF FUN

You’ve heard of House of 1,000 Corpses, House of the Dead, House of Usher, House of Wax, House of Frankenstein, House of Dracula, House on Haunted Hill, but I’m not talking about any of those right now. The House of Fun www.thehouseoffun.com  is this little out of the way toy store in the far reaches of South Jersey. The House of Fun specializes in current and vintage toys, action figures, designer vinyl products and related items, import and Japanese toys. It a cool place. I stop there whenever I can. They buy old toys too. Actually, most of my boyhood toys have gone over to the HOUSE. Including my Oscar Goldman.

I finally watched the season finale on Hulu and I need to comment that it was awesome. The last couple minutes just blow your mind. I love the whole parallel universe storyline being explored. It couldn’t have been done in a more pronounced way. When Agent Dunham enters the elevator from our reality and then when she gets out it’s an alternate version. It couldn’t have been done better. You realize completely what has happened after she meets “ Leonard Nemoy “ and the camera pans out the window and as it gets far enough back you see she’s on the top floor of the F’N’ World Trade Center. How intense is that for an ending. I have a feeling things are going to get really complicated next season. Maybe LOST complicated? If you need more information head on over to our FRINGE section.

Phase III has begun. Our government can not deny the facts for much longer. I came across a very informative document on the “Rockefeller Initiative” brought to you by the Paradigm Research Group. Please review.

Horseflies! Chop off my foot and call me stumpy. I’m going to have to run because the Blue Bunny Ice Cream truck is outside and they have a special on ectoplasma flavor ice pops. The driver looks rather unscrupulous, so chances are he’s the one who killed my frog. I really need to wrap this up in a pretty bow before there’s another senseless death.

If anyone has the 411 on some good paranormal activity, shoot me an email at joyhorror@horrornews.net

Or just email me… I get back to everyone. Special thanks to Orna over at Warner Brothers for all the help.

This was originally posted in June 2009.