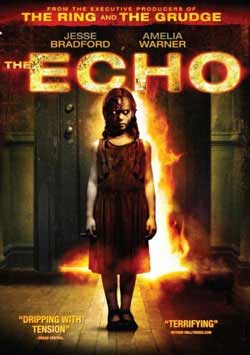 Echoes from the past plague ex-con Bobby (Jesse Bradford) when he moves into his dead mother’s apartment and begins to hear disturbing noises next door. His paranoia grows as he investigates and realizes that no one else notices the strange and sinister happenings. Director Yam Laranas favors creative lighting and suspenseful editing over special effects in this terrifying remake of his 2004 film of the same name.

QUICK FIX:
Ex-con Bobby gets paroled and heads back to the apartment where his moms lived and recently died in, and just tries his best to get his life back on track. Looked at as an outcast by most, it doesn’t really hold him back much as he’s able to get a job as a mechanic fairly easily as well as get his ex-girlfriend back into his life by doing basically nothing more than smiling and batting his big blue eyes a couple of times. Not too shabby, right? Oh, well, there is the cop next door that’s unapologetically abusive to his family, not to mention the noises he keeps hearing and the blood he keeps seeing in his apartment. Could it be possible that perhaps there are more nefarious things going on here than meets the eye? Does something RING familiar here? A curse, perhaps? Or maybe, just maybe…a GRUDGE??

RAMBLINGS:
Oh sure, I poke fun, but sometimes whether I like something or not, I just can’t help myself. Years ago, a former co-worker of mine got me hooked on the “J-Horror” boom that was happening here in the States, and I spent tons of money on different sites ordering all these DVDS for my collection, to see things for myself. And for the most part, I was very impressed with what they were doing over in the East in the horror world, especially with the ghost stories. Hollywood has of course milked that old moose dry long ago with tepid cash cows like the RING, GRUDGE, and PULSE series of movies, which is sad.

Even sadder though, is that I got out of that phase a few years ago, no doubt distracted by something shiny in the corner, so I missed out on Laranas’ original SIGAW flick that this one is based on. For reasons unknown even to myself, it gives me great hope going into a movie to see that the Powers That Be in the suits throwing the money around for these remakes have enough faith in the original director to let them helm the American version. It worked for Shimizu with THE GRUDGE (first one only though), and I was keeping my fingers crossed that this would be no different. I am very happy to report that I was absolutely right on the money!!

Jesse Bradford has come a long way from his SWIMFAN days, and injected Bobby with a quiet subtlety that sometimes bordered a little too close on brooding for my tastes, but still pulled things off brilliantly. That was a huge relief to me, as most of this whole damn flick revolves around that character and his isolation, and his feelings of “is there really something going on here or am I just totally batsh*t crazy” that he has to deal with through most of the flick. Kevin Durand was on hand as the abusive cop, and it was good to see him again – the dude never disappoints.

The lovely Miss Warner brought beauty and grace to her role, and it’s always good to see her as well – the girl needs to do more horror! Also look for a small role from the underused, underrated, but always right on the mark Pruitt Taylor Vince as one of the apartment dwellers.

LAST WORDS:
Director Laranas infused his American film debut with tons of mood and atmosphere, and I’m very much looking forward to what he’s got up his sleeve for us next. Not much blood to be found here, but sometimes you just don’t need it to have a good horror flick on your hands.

While it didn’t knock my socks off, it was still a very enjoyable, spooky slow burn buildup of a movie that put an ending twist on the ghost story that I wasn’t expecting and hadn’t seen for awhile. It’s available now at fine retailers everywhere, and is well worth checking out…and you can bet your ass I’m going to track down the original version now too! 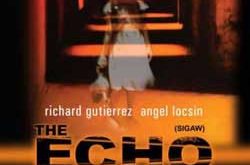